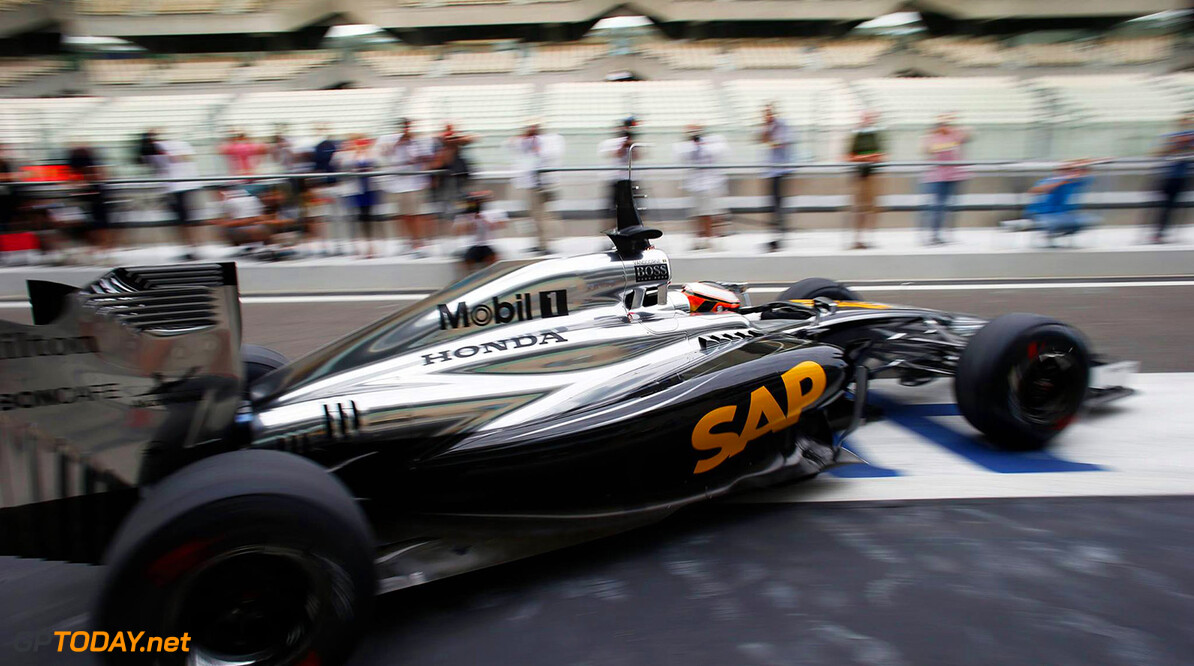 McLaren-Honda will be 'strong' next year - Dennis

Ron Dennis has played down suggestions Honda's 2015 engine programme is running behind schedule. After a recent filming day at Silverstone, the interim Honda-powered McLaren had its first true test day in Abu Dhabi on Tuesday. With young tester Stoffel Vandoorne at the wheel, the day's programme did not go to plan.

The car - notably featuring extra cooling vents in the bodywork - spent the entire morning in the garage and then it broke down, eventually completing not a single timed lap. But the British team said in a statement that the day was "positive". "Running a modern formula one car is a very complicated procedure," said boss Eric Boullier, "and this week's test is all about how the departments at Sakura, Milton Keynes and Woking learn to work with the operational hub at the circuit."
More about McLaren


McLaren supremo Ron Dennis is also confident that, after two consecutive disappointing seasons for the Woking team, the McLaren-Honda next year will be strong. He denied that the team's new works partner is running behind schedule. "This year, teams only started testing their cars for the new regulations in February," the Briton said in an interview with Brazil's Globo Esporte.

"But we are running the Honda power unit already, before the winter testing. As a team and with Honda, we understand the challenges of these new power units and I am in a position to say that we will be strong," Dennis insisted.

Honda aside, he also said he is confident McLaren will produce a better car than it managed to do in 2013 and 2014. "You have to realise something: the group that designed the 2015 car is completely different to the one that did the last two," said Dennis.

He said 20 "very able" new engineers have joined McLaren, including Red Bull's aerodynamics chief Peter Prodromou, while 50 roles have been restructured. "We believe we have set the direction that will allow us to start the next championship on a very high level," added Dennis. (GMM)
F1 News Stoffel Vandoorne McLaren Honda
.