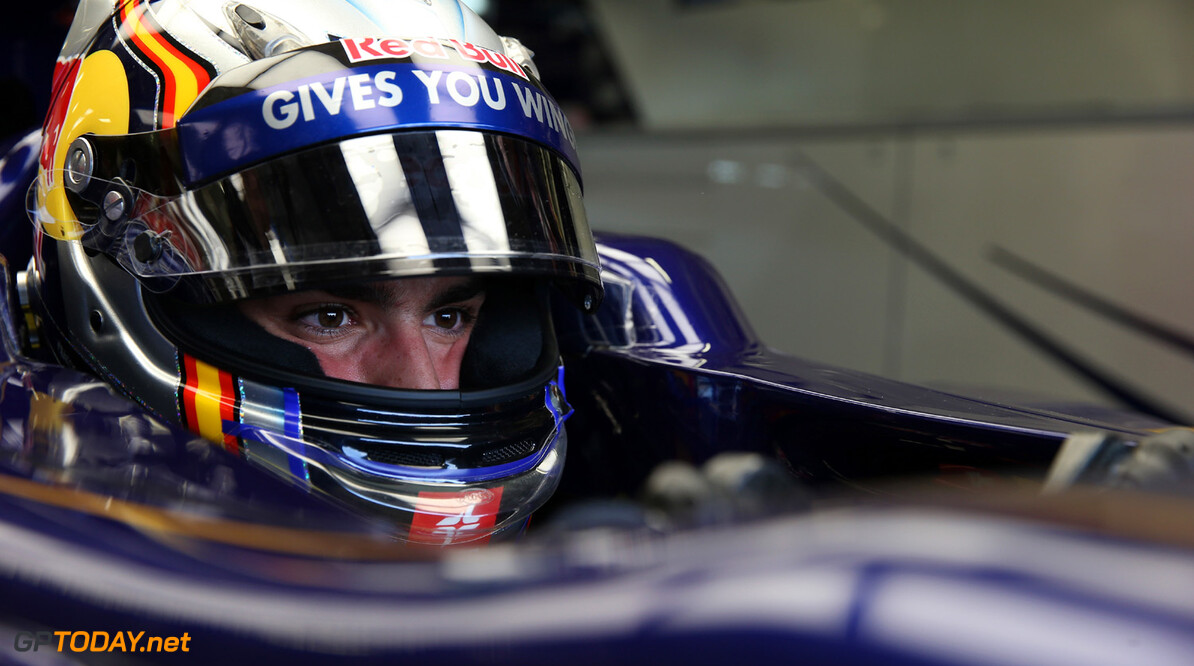 Sainz jr hopes to be announced at Toro Rosso shortly

Carlos Sainz jr says he hopes Toro Rosso will shortly announce his 2015 debut. The major Spanish sports newspapers AS and Marca are separately reporting that the 20-year-old has been selected by Dr Helmut Marko to race alongside fellow rookie Max Verstappen next year.

There had been suggestions team owner Red Bull will instead keep the experienced Jean-Eric Vergne on board, but insiders say the 24-year-old Frenchman's body language changed suddenly for the worse in the Abu Dhabi paddock last weekend.

Then on Sunday, in another sign that he has definitely lost the seat for 2015, Vergne appeared to breach Red Bull protocol by fighting aggressively on track against Daniel Ricciardo, the lead driver for the energy drink company's main team. It is believed Vergne is now in talks with Williams about replacing the Sauber-bound Felipe Nasr as reserve driver for 2015.

Sainz and his well-known namesake and father are already in the Abu Dhabi paddock ahead of the youngster's test for Red Bull Racing on Tuesday. Marca said the pair were walking around the Yas Marina paddock with "undisguised happiness" following the latest meetings with Toro Rosso officials. And Sainz jr, the new Formula Renault 3.5 champion, said: "I hope the announcement is made this coming week. I can do no more. We'll see what happens." (GMM)
F1 News Max Verstappen Daniel Ricciardo Carlos Sainz Jr Felipe Nasr Red Bull Racing Williams Renault Sauber
<< Previous article Next article >>
.