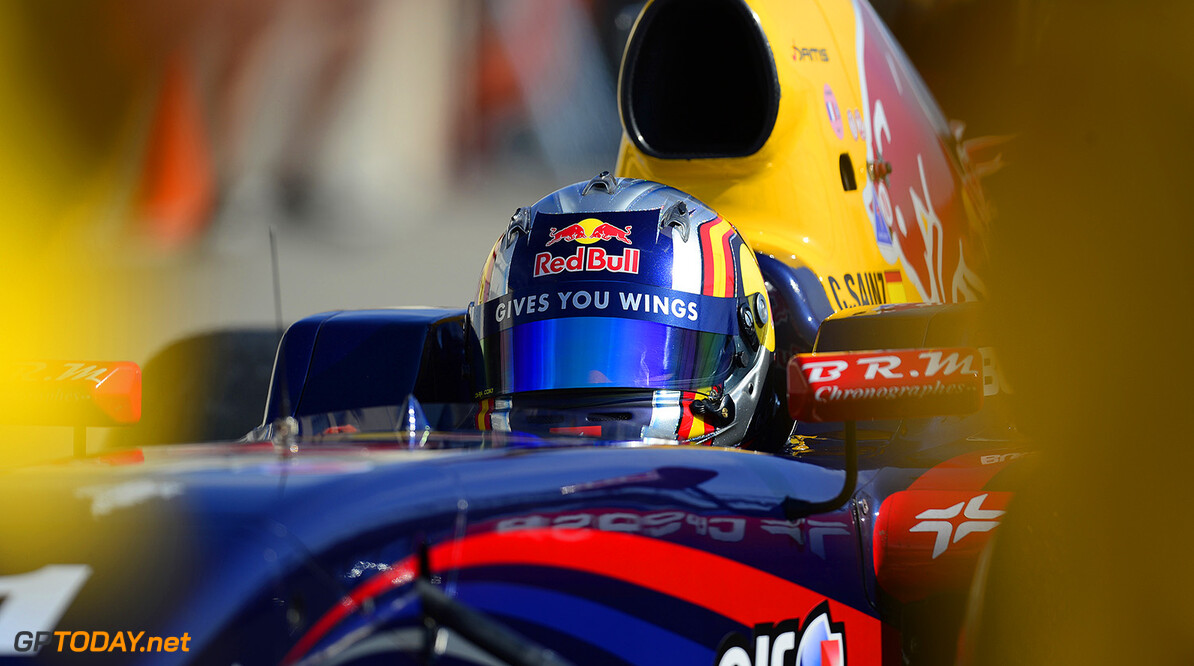 Carlos Sainz jr could be unveiled within days as Toro Rosso's new driver for 2015. That is the claim of the Spanish sports daily Marca, following reports in Abu Dhabi at the weekend that Jean-Eric Vergne now seems resigned to leaving Faenza after three full seasons with the Red Bull-owned junior team.

Marca said the probability is now "99 per cent" that 20-year-old new Formula Renault 3.5 champion and Spaniard Sainz will be teenager Max Verstappen's teammate. "The announcement could even take place this week," added the newspaper.

Marca said Sainz, whose father is the well-known world rally legend of the same name, will touch down in Abu Dhabi on Monday where he will test in the coming days for Red Bull. Sainz snr is tipped to be travelling with him. In their pocket could be a new sponsor for Toro Rosso, with the team's existing Spanish backer Cepsa said to be departing, the newspaper reported. (GMM)
F1 News Max Verstappen Carlos Sainz Jr Renault
<< Previous article Next article >>
.