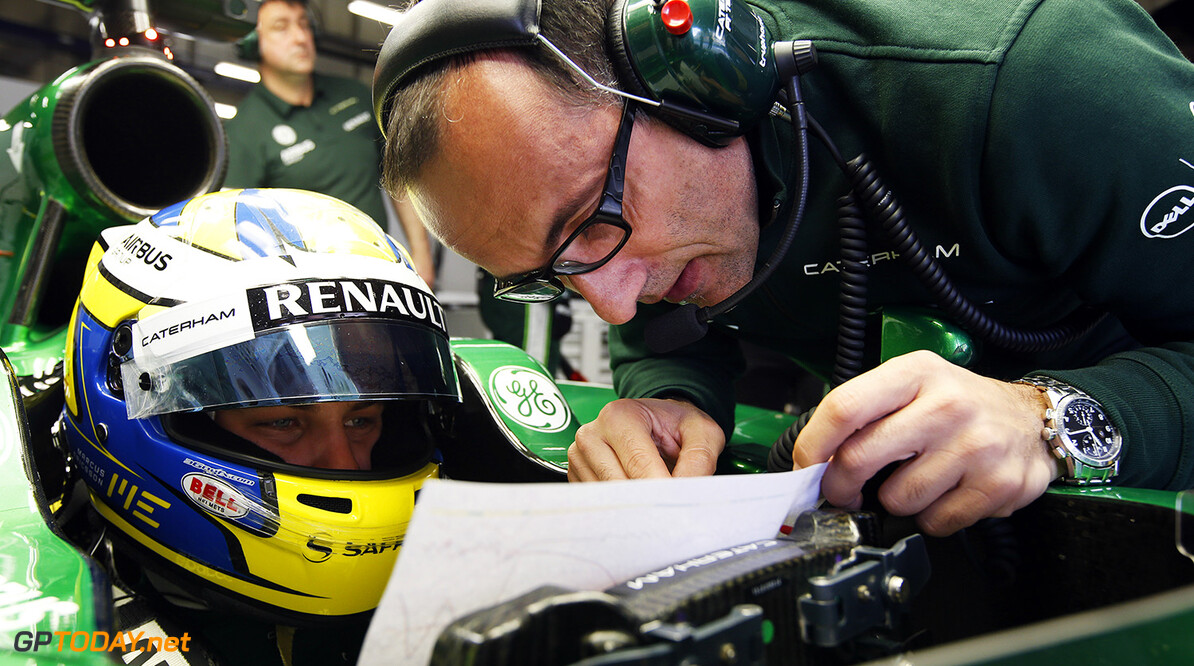 Even if Caterham makes the Abu Dhabi grid, regular driver Marcus Ericsson will not be at the wheel of a green car. Still raising money via the controversial crowdfunding scheme, Caterham's administrators are confident the team will end its two-race absence next weekend as the 2014 season concludes.

"I do believe we will be in Abu Dhabi," administrator and interim team boss Finbarr O'Connell is quoted by the Daily Mail. He said that in addition to the donating fans, "one individual and one group of investors have made contact about helping in the long term".

Also with an offer has been the grandfather of British female driver Alice Powell, who wants to pay Caterham $55,000 in exchange for a Friday practice drive. Finbarr, however, played down her chances. "We have had five people show real interest in driving," he said. "Whichever two are picked will be involved in each practice session."

The Daily Mail said new GP2 champion Jolyon Palmer, the son of former F1 driver, broadcaster and circuit owner Jonathan, is one of the leading candidates. What is for sure is that Swedish rookie Ericsson, who has raced for Caterham throughout 2014, will not be in action for the embattled Leafield based team in Abu Dhabi.

Having signed up with Sauber for 2015, the heavily-backed 24-year-old announced that he "decided to terminate" his contract with immediate effect. "This is a sad day," said Ericsson, "as we have greatly enjoyed working with the team through a difficult and tough season."

Before leaving Brazil last weekend, he hinted that he was in the process of breaking up with Caterham. "We haven't got much information," he told Britain's Sky. "We haven't heard anything -- we don't know what's going on. So for me and my people, there are a lot of question marks." (GMM)
F1 News Marcus Ericsson Jolyon Palmer Sauber
<< Previous article Next article >>
.