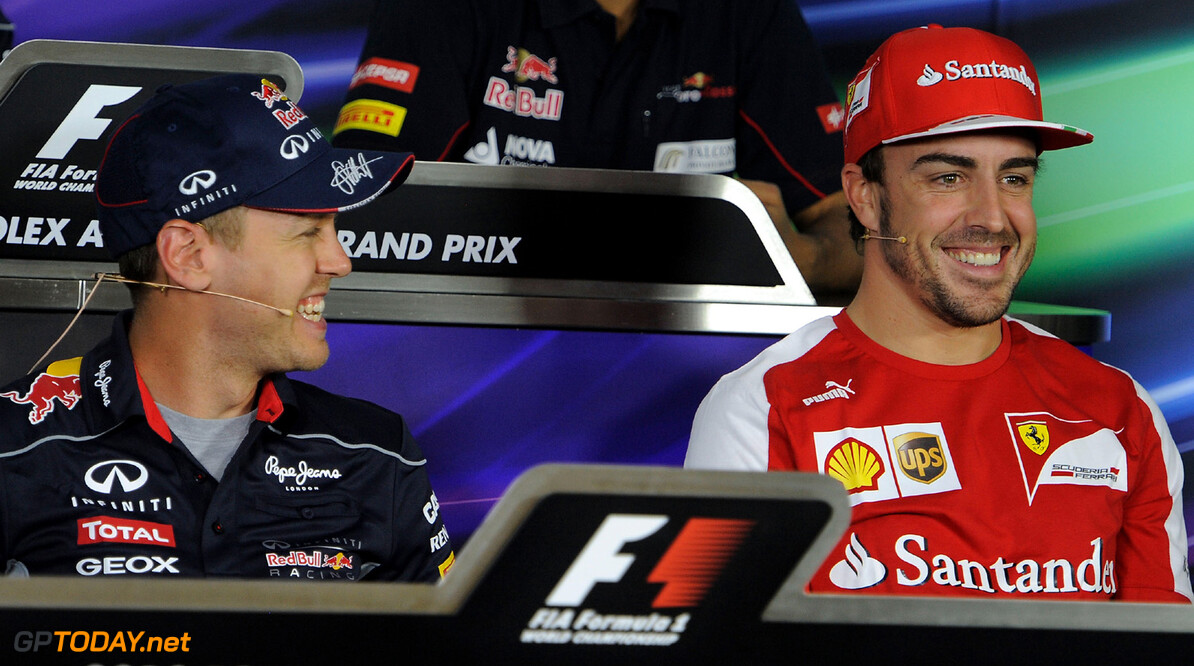 With Ferrari currently having three champion drivers under contract, speculation about Fernando Alonso's future continues to run wild. Some reports suggest the Italian team and the Spaniard are in a sort of Mexican standoff, each wanting the other to legally terminate their contract for financial reasons.

Others believe Ferrari could in fact make do with Alonso, Kimi Raikkonen and the apparently newly-signed Sebastian Vettel if the sport moves to three-car teams for 2015. F1 legend and former Ferrari driver Gerhard Berger thinks the fabled outfit should make the most of the contractual impasse with Alonso and instead oust Finn Raikkonen, who has notably struggled this year.
More about Ferrari


"If I was Ferrari, I would keep Alonso," he told Germany's Sport Bild. "Because then, with Alonso and Vettel, you would have the two best drivers in the world together in one team," Austrian Berger added.

However, that scenario would still pose Ferrari with the problem of having to pay out millions to compensate Raikkonen -- just as it did in 2010 after replacing him with Alonso. While the standoff continues, German Vettel is keeping completely silent on the matter. "I'm sorry," he is quoted by Italy's La Gazzetta dello Sport as having said in Austin on Wednesday, "but I can't say anything about my future. It's not up to me, but I hope to be able to speak very soon."

Vettel also said he understands why Red Bull has blocked him from testing in the days immediately after the Abu Dhabi finale next month. "There are reasons for the decision," he said. "Disappointed? Let's just say I didn't expect something different." (GMM)
F1 News Fernando Alonso Sebastian Vettel Ferrari
.