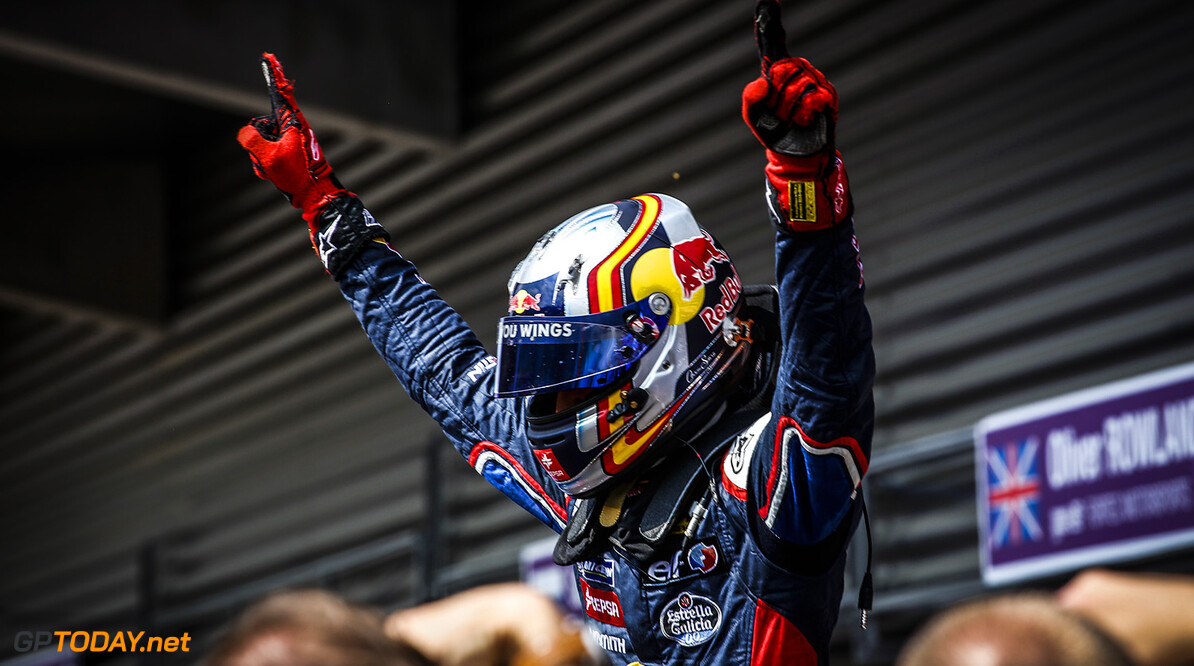 Impatient Sainz must wait another month for Toro Rosso news

An increasingly impatient Carlos Sainz jr says he will have to wait another month for Red Bull to decide his future in formula one. "After what we have achieved this year," the new Formula Renault 3.5 champion told Spain's Marca, "there is no alternative choice for me other than formula one."

20-year-old Sainz was openly disappointed when Red Bull picked the 17-year-old F3 sensation Max Verstappen for his Toro Rosso debut in 2015. Now, the son of world rally legend Carlos Sainz is hoping Red Bull selects him over Jean-Eric Vergne for the second seat at Faenza, after Daniil Kvyat was called up to replace the suddenly-departing Sebastian Vettel.

"Unfortunately we are still waiting," said Sainz jr. "It will be within a month or so, when the F1 season ends. But I would prefer to have the news as soon as possible, whether good or bad, because it is a difficult situation," he added.

The young Spaniard is referring to the fact that, when the Verstappen news first emerged, he began to wonder if he should be looking around for an alternative seat for his F1 debut, despite the energy drink Red Bull's long support. "Honestly, two months ago I had that option, but now as the Toro Rosso decision is closer, other options are increasingly distant, because they (other teams) are closing doors, closing contracts," Sainz added.

He said Dr Helmut Marko - Red Bull's ultimate F1 decision-maker - phoned recently to congratulate him on his 2014 title. "He gave congratulations," said Sainz, "but he said they had not decided everything yet and they would tell me something later." (GMM)
F1 News Max Verstappen Daniil Kvyat Sebastian Vettel Carlos Sainz Jr Renault
.