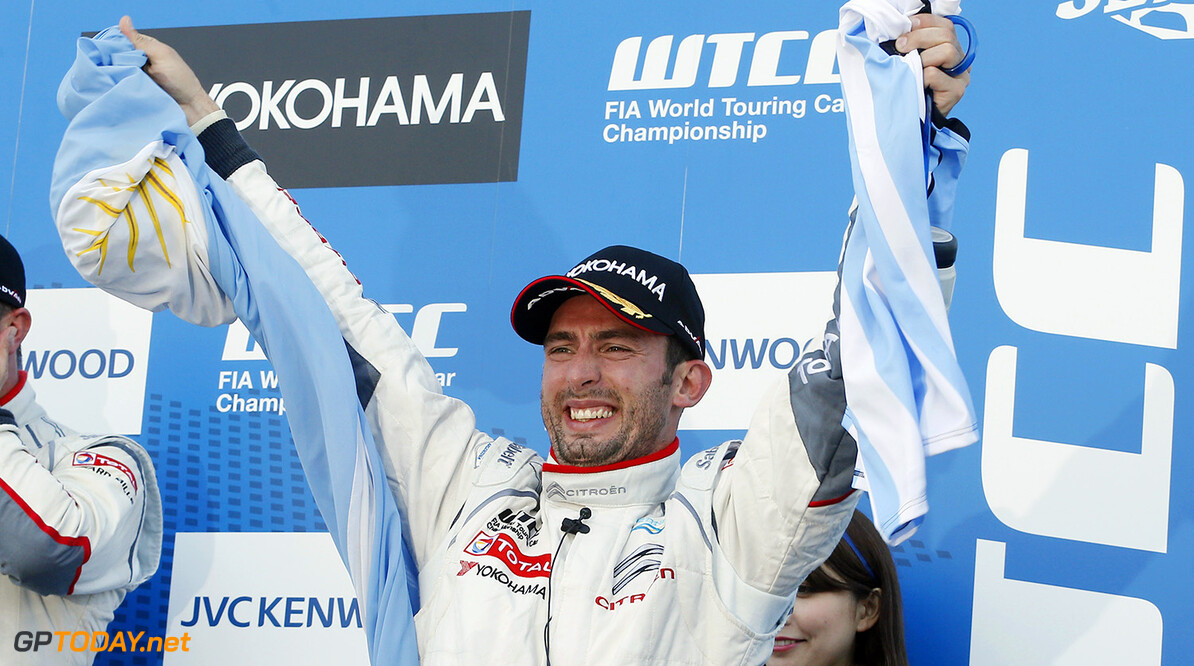 WTCC-champion Lopez to participate in Race of Champions 2014

Newly-crowned World Touring Car Champion José Maria 'Pechito' López has signed up to compete at the 2014 Race Of Champions, to be held at the Bushy Park Circuit in Barbados on December 13-14.

López sealed the WTCC title with a dominant win in the first race at Japan’s Suzuka circuit on Sunday. The result rounds off a dazzling year for the Argentine driver, who thus won the championship with three races to spare. With a total of nine victories in 2014, that means he has prevailed over his world-famous Citroën team-mates Yvan Muller and Sébastien Loeb, both Race Of Champions veterans.

Before this year's heroics López had already enjoyed a varied career in motor sport which has taken him to a wide range of different series including GP2, Formula 3000, Formula Renault, ALMS and FIA GT. He has also been a test driver for the Renault F1 team and he had been lined up to race for the US F1 team that ultimately failed to make the grid in 2010. Such a variety of experience will be crucial as he now makes his Race Of Champions debut in Barbados.

López said: "This has been an amazing year for me and this invitation to the Race Of Champions is the perfect way to cap it off. At the start of the year I was'’t thinking too hard about the WTCC title but I started taking it really seriously after I won my home races in Argentina. That raised the pressure too so it's great to have made it over the line. I've won titles before but it feels especially good to be a 'world champion'."

"Now I can look forward to racing my fellow champions in Barbados. I'm in no doubt that the competition will be hard but I've spent this year battling the likes of Sébastien and Yvan so I'll do my best and who knows what is possible."

ROC organiser Fredrik Johnsson added: "Pechito has been a revelation in the World Touring Car Championship this year so we are delighted he will be joining us at ROC 2014 in Barbados. Citroën have had the dominant car but to defeat such motor sport legends as Sébastien and Yvan in the same machinery is impressive indeed."

"Now we can look forward to seeing what he can do against our ROC field featuring some of the best drivers in the world. Given that Pechito has already taken such top scalps I'm sure no one will relish taking him on in the same car on our unique parallel track. We hope plenty of Argentine race fans will now make the trip to the Bushy Park Circuit in December to cheer on their new motor sport superstar."
F1 News Romain Grosjean Susie Wolff Williams Renault
.