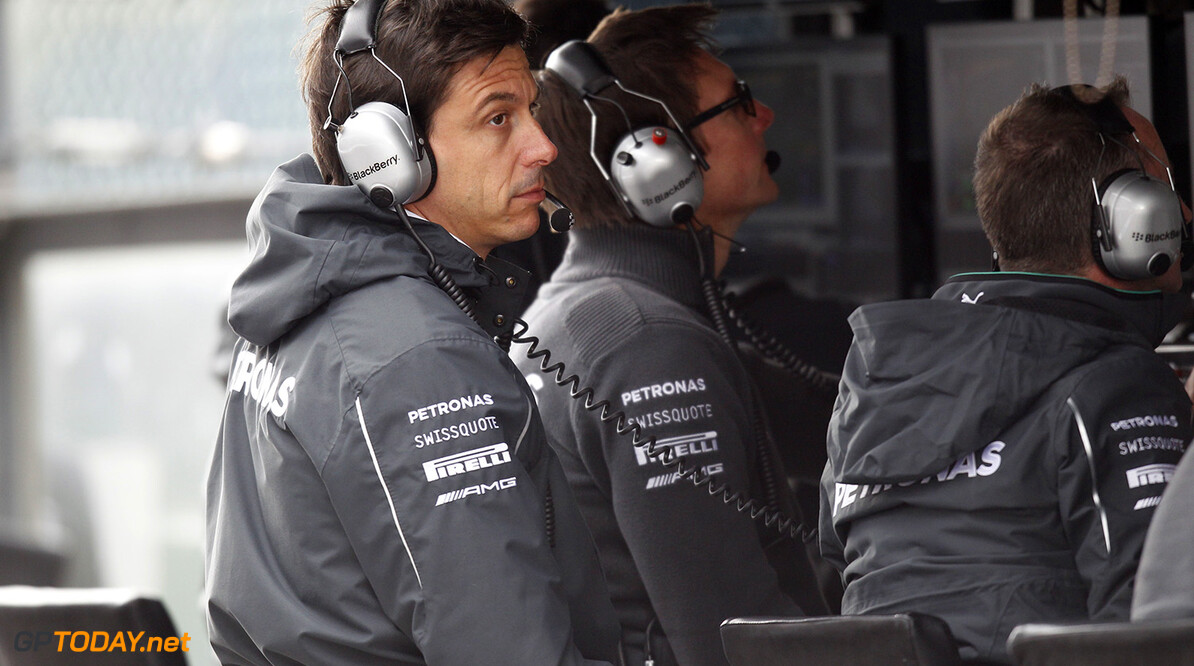 Despite the fixed homologation of the power unit specification, the struggling suppliers can make substantial changes for 2015 in the form of a 'token' system that allows for an up to 48 per cent design overhaul. But also being discussed is that, in the event of another situation like 2014 where one manufacturer is clearly ahead, engine makers have the opportunity to catch up mid-season.

"Formula one is not just about different engines," Monisha Kaltenborn, whose Sauber team uses the underpowered Ferrari power unit, said in Singapore. "Engines do play a role there but the gap should not be that big."

It is believed the prospect of one in-season engine development push has been discussed by team bosses recently, with many other non-Mercedes teams also thinking it is a good idea. For obvious reasons, the Mercedes runners are opposed.

"No!" said Claire Williams, whose Grove based team has emerged from a slump in 2014 after switching from Renault power. "You have to enter the season with your race car and, if you haven't done a good enough job, then why change the regulations?" she added.

Mercedes boss Toto Wolff has the same attitude. "The further development of engines is absolute nonsense," he is quoted by Speed Week. "If you are not sorted out by the homologation of 28 February for the year, why should it be any different three months later?" he asked rhetorically. (GMM)
F1 News Ferrari Mercedes Renault Williams Sauber
.