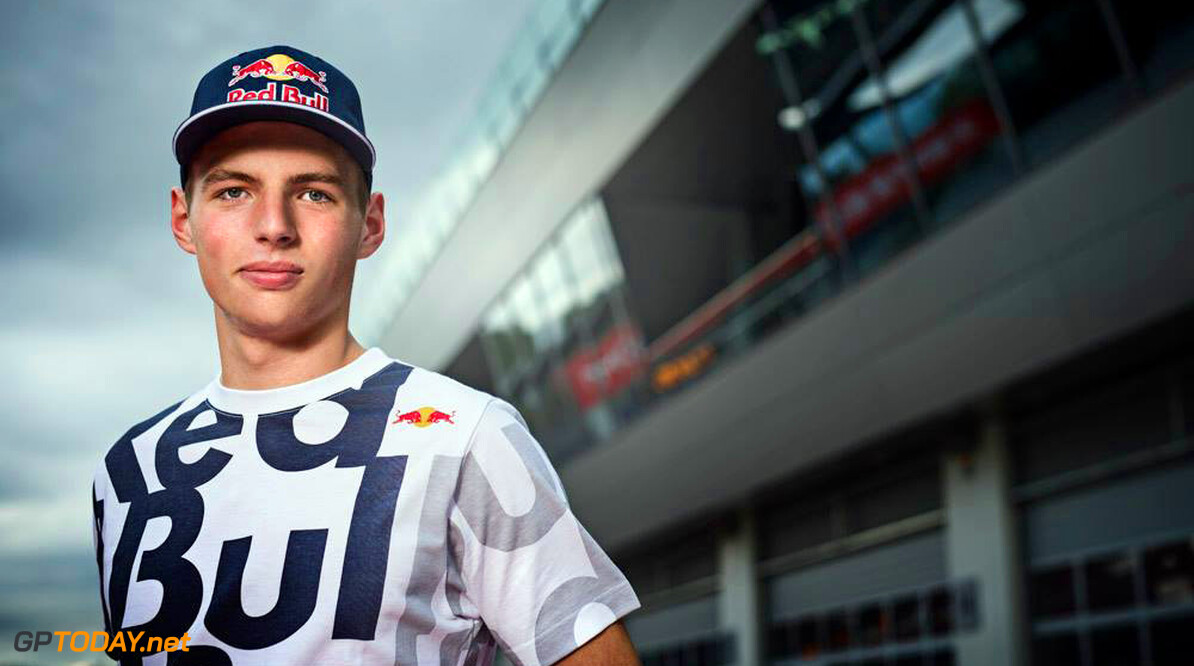 Dutchman Max Verstappen has been announced by Red Bull as part of their Junior Team. After speculation last week about the 16-year old signing for Mercedes or Red Bull, the final decision has been made.

Helmut Marko: "We are very pleased to announce that Max Verstappen has accepted our invitation to join the Red Bull Junior Team. This is effective immediately and the 16-year-old Duchman will continue his FIA Formula 3 European Championship campaign at the Nürburgring this weekend as a Red Bull Junior in the Van Amersfoort Racing Team and additionally will compete at the Macau Grand Prix in November."

Max Verstappen about his new contract: "I'm very happy and honoured to be part of the Red Bull Junior Team, which already have launched successfully many careers into F1. Of course I will take this challenge with both hands to grow in my career together with Red Bull and get ultimate results. I want to thank Dr. Helmut Marko for his involvement in this conclusion and Red Bull for their trust."

"The Red Bull Junior Team allows me to test a lot in higher racing classes like we did today with the Formula Renault 3.5. I tested this car for the first time on the Red Bull Ring, which will help me to get experience and knowledge of Red Bull, after I can make a final decision about my future."

The latest rumour last week about Verstappen was that he would be the youngest driver ever on a Formula 1 grid if he signs for Red Bull. Helmut Marko apparently wants to give Max, son of former F1 driver Jos Verstappen, the chance to show his potential in the Toro Rosso. It is expected this will be announced in due course.
F1 News Max Verstappen Mercedes Renault Van Amersfoort Racing
<< Previous article Next article >>
.