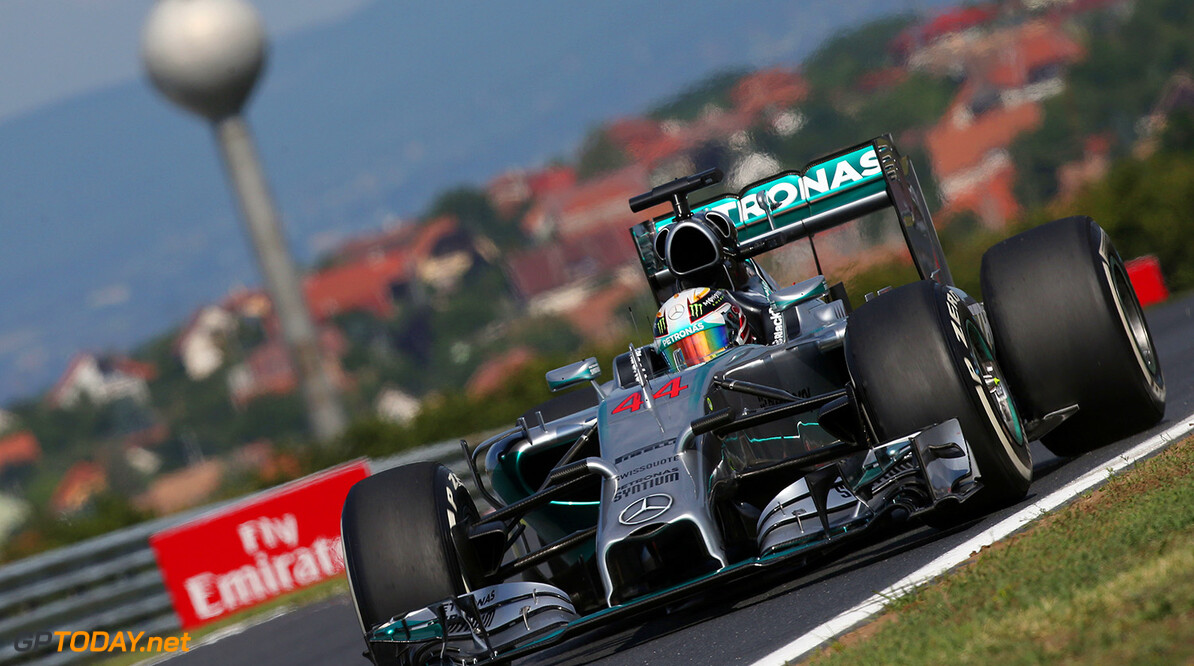 Hamilton angling for pay-rise in new contract at Mercedes

Lewis Hamilton is angling for a pay-rise at Mercedes, the major German newspaper Bild-Zeitung reports. The big 'silly season' rumour in Hungary last weekend was about Hamilton's silver-coloured seat beyond the end of his 2015 contract.

The news followed hot on the heels of Nico Rosberg's extended Mercedes deal, reportedly featuring a big pay-rise making his new three-year contract worth EUR 55 million. Bild reports that Hamilton and his management are now pushing for a new EUR 90 million deal for 2016, 2017 and 2018.

The 'contract poker' could explain the true source of the speculation linking Mercedes with Red Bull's world champion Sebastian Vettel, after that was first leaked by Dr Helmut Marko. Red Bull team boss Christian Horner smiled in Hungary that Marko sits down for "breakfast, lunch and dinner" on every day of a grand prix weekend with fellow Austrian Niki Lauda. Lauda doubles as Mercedes' team chairman.

But Marko told German television Sky on Sunday that he sees nothing wrong with the sorts of rumours that float around F1's best and highly-paid drivers at contract time. "At this time of the year it's a completely normal process," he said. He would not comment on whether Mercedes has actually made an approach to Vettel. "You would have to ask him," Marko insisted. (GMM)
F1 News Lewis Hamilton Nico Rosberg Sebastian Vettel Mercedes
.