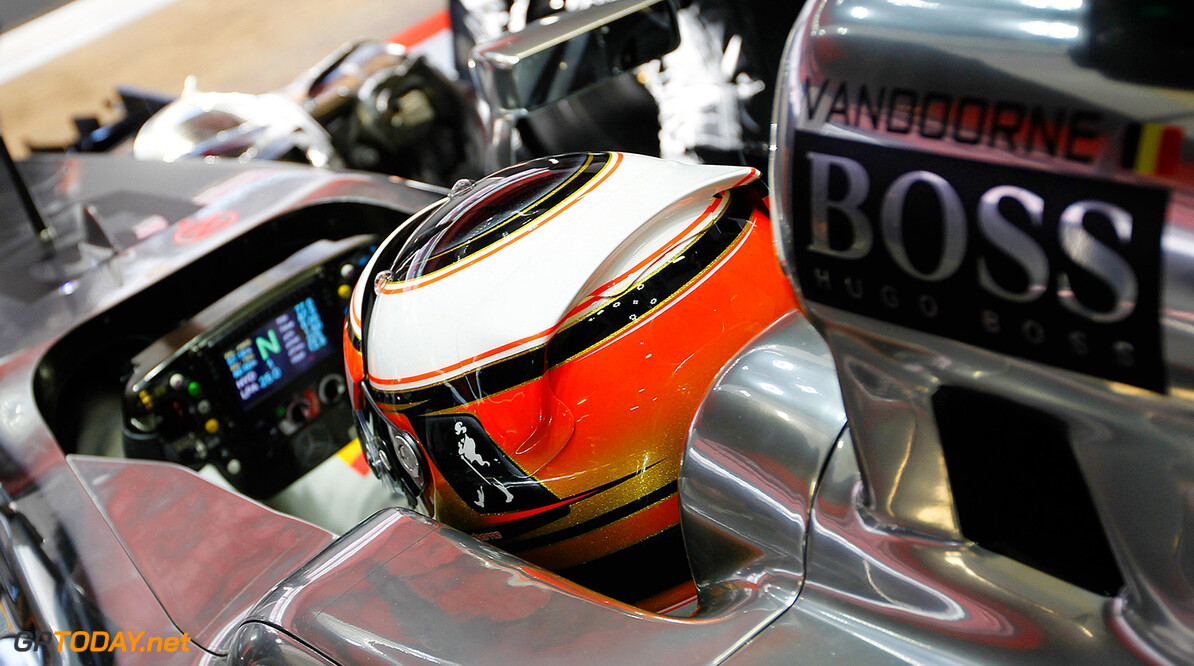 Eric Boullier has played down McLaren's sponsorship situation. Already without a title sponsor in the wake of Vodafone's exit, the British team is in a two-year competitive slump and it now emerges that a long-time backer is departing.

Hugo Boss, a German fashion house that has sponsored McLaren for decades, is switching its sponsorship to Mercedes. But Boullier, McLaren team boss, denied the Woking based squad is facing a financial problem. "No, we have thirty two sponsors," he is quoted by Italiaracing, "even though you don't see them all on the team shirts."

"And I can guarantee that the support from Honda will be considerable," added the Frenchman, referring to the looming works engine deal that will end McLaren's 20-year association with Mercedes-Benz. "If you want to conquer this world you need to be a high level team, and we are," Boullier insisted. "You also need a good engine and the support of a manufacturer. We will have all of this next year."

He said the problems with the 2014 chassis, the MP4-29, are being addressed. "We lack aerodynamic downforce but I knew this would happen," said the former Lotus chief. "I noticed it immediately when I arrived, when they showed me the features of the car in the various departments."

But Boullier said he is confident McLaren will also have a top driver lineup next year, refusing even to rule out a driver of Fernando Alonso's calibre signing up. "Yes, why not?" he said. "We are an attractive team. The option with Button and Magnussen is in our favour, but my job is to speak with other drivers to understand their situation. My goal is to have the best possible pair of drivers." (GMM)
F1 News Fernando Alonso McLaren Lotus F1 Mercedes Honda
.