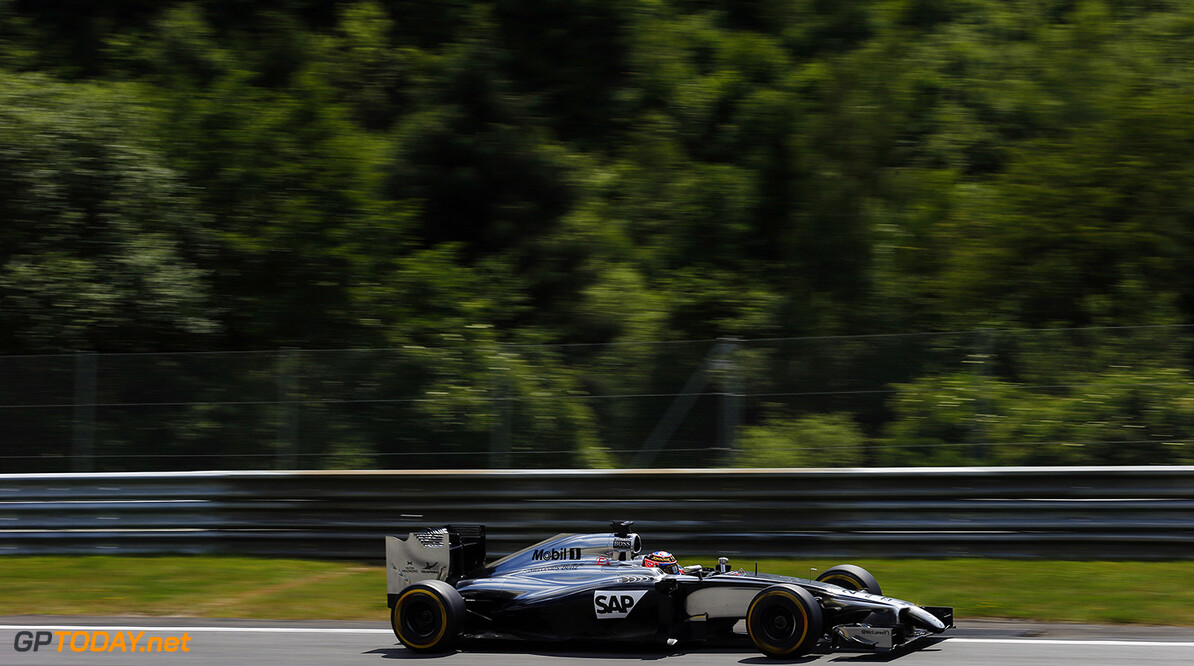 Dennis expects more from Button and tells him to 'try harder'

As speculation swirls around the future of F1's most experienced active driver, McLaren supremo Ron Dennis has called on Jenson Button to up his game. At the end of his fifteenth consecutive season on the grid, 34-year-old Briton Button's current McLaren contract is up.

Despite speculative links between the Woking based team and Button's fellow champions like Fernando Alonso, Sebastian Vettel and even Lewis Hamilton, Dennis insisted in Austria that McLaren is "not looking to finalise our driver lineup now". He did, however, admit that he would "love" to have drivers of that calibre at Woking.

The rumour goes that Dennis could reunite with his former protege Hamilton if the 29-year-old fails to beat Mercedes teammate Nico Rosberg to this year's title. "That's not really something I want to think about," Hamilton told British reporters at the weekend. "Why would I even consider it (losing the title)? It's all about positive energy."

Indeed, 'positive energy' is something Dennis believes in strongly, and so he insists Button should not interpret his latest comments as some sort of threat. "No one should ever feel threatened," he told British television Sky, "either as a driver or an engineer. All we want to do is win, and we have to take considered decisions in that process."

But Dennis hinted that the 'decision' will only fall in 2009 title winner Button's favour if he is able to improve his performance this year, despite not having a race-winning car. At the very same time, it appears likely McLaren will retain the services of rookie Kevin Magnussen beyond 2014. "I'm sure Kevin is giving a big wake-up call to Jenson," Dennis said.

"In some ways you say 'Great, we made a great choice with Kevin', and in other ways you say 'Come on Jenson, you are a world champion and absolutely one thing you can do on a consistent basis - and you should be doing it - is beating your teammate'. Do I want him (Button) to try harder? Of course I do," Dennis insisted. "He's a highly paid grand prix driver, and yes, we're not giving him the best car, but he could do his bit, and Kevin's got to make it as difficult for him as possible." (GMM)
F1 News Fernando Alonso Jenson Button Lewis Hamilton Nico Rosberg Sebastian Vettel Kevin Magnussen McLaren Mercedes
.