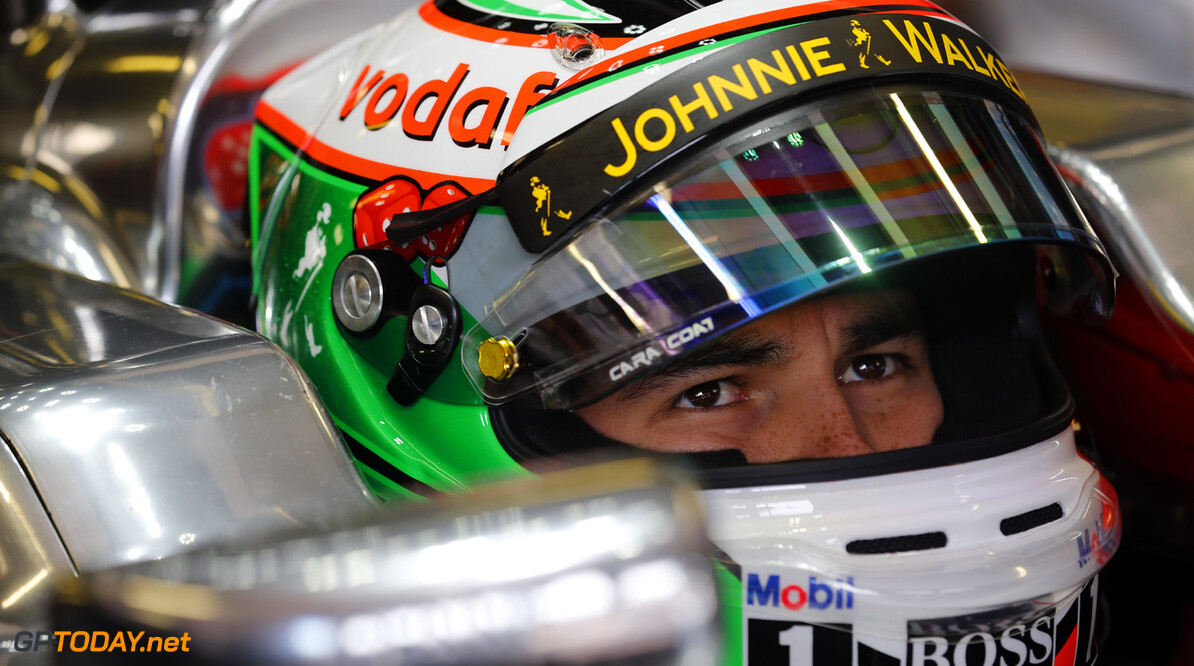 Perez is ok with double points for season finale

Sergio Perez has defended F1's controversial new 'double points' rule for the 2014 season finale. With the sport moving to ensure the championship stays alive throughout the season, the 'double points' rule was greeted with uproar among fans and slammed by dominant 2013 champion Sebastian Vettel as "nonsense".

But Mexican Perez, a McLaren driver this year who is moving to Force India for 2014, admitted on Thursday he does not agree with the naysayers. "For some it will be right and for some it will be wrong, but I see the positive," he is quoted by Reuters. "I think it will create a much better final race where things can completely change for everyone," added Perez, 23. I see it positive -- I am ok with the rule."

Perez also revealed that his first pick for his new, permanent race number in formula one will be 11, dating back to his karting days. Also for reasons of karting nostalgia, it is believed Fernando Alonso will plump for 14, while Jean-Eric Vergne - and probably many of his rivals - has selected F1's iconic number 27 as among his top three preferences.

Drivers have been asked by the FIA to make their nominations before Christmas. Mercedes' Nico Rosberg reportedly wants the number 6, which was carried by his Finnish father Keke to the 1982 title. The sport has also introduced a new, official trophy for the driver with the most amounts of pole positions per season, according to the 2014 regulations published by the FIA on Thursday. (GMM)
F1 News Fernando Alonso Nico Rosberg Sebastian Vettel Sergio Perez Mercedes McLaren Force India
<< Previous article Next article >>
.