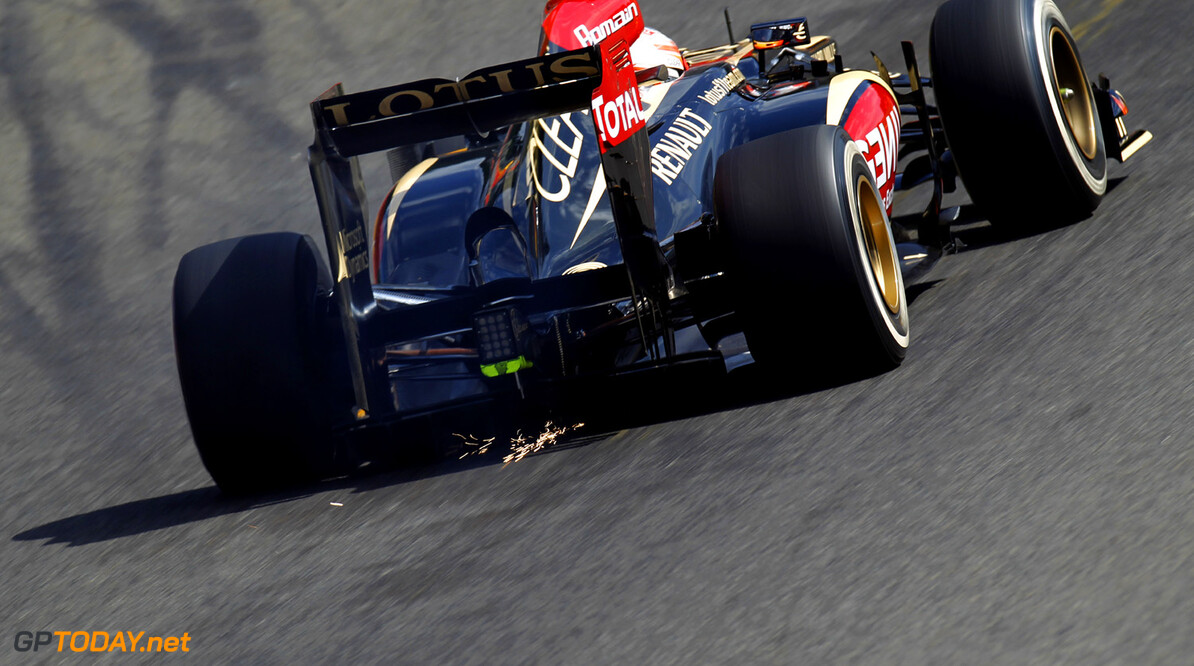 Lotus way behind rivals in simulator testing for 2014

Romain Grosjean has played down concerns Lotus is way behind its major rivals in simulator testing of the 2014 car. While the Enstone based team's top rivals including Red Bull, Ferrari, Mercedes and McLaren have been computer simulating their new V6-powered cars for months, a different picture has emerged from the Lotus camp.

Although highly competitive in 2013, there have also been reports of financial troubles at Lotus, amid rumours the crucial Quantum buy-in has failed. Indeed, the team's preferred choice of driver for 2014, Nico Hulkenberg, has signed instead for the less competitive Force India, while Lotus replaces the Ferrari-bound Kimi Raikkonen with the lucratively-sponsored Pastor Maldonado.

And another troubling sign emerged from Lotus' headquarters this week, when test driver Nicolas Prost tweeted that Monday was the "last day" of simulator testing of the 2013-specification E21. "Now flat out on 2014 car!" the Frenchman added. The team's continuing race driver Romain Grosjean has also admitted that he is yet to drive the 2014 Lotus in the simulator. "I hope to do this in late December," he told Brazil's Totalrace.

Asked why Lotus' preparations have been so delayed, Grosjean answered: "It is because it (the simulator) is a new tool for us. We are still working to make it as accurate as possible. When we get this synchronicity between the behaviour of the car on the track and in the simulator, we can change the focus to the car of next year," he explained. (GMM)
F1 News Romain Grosjean Pastor Maldonado Lotus F1 Mercedes McLaren Force India Ferrari
<< Previous article Next article >>
.