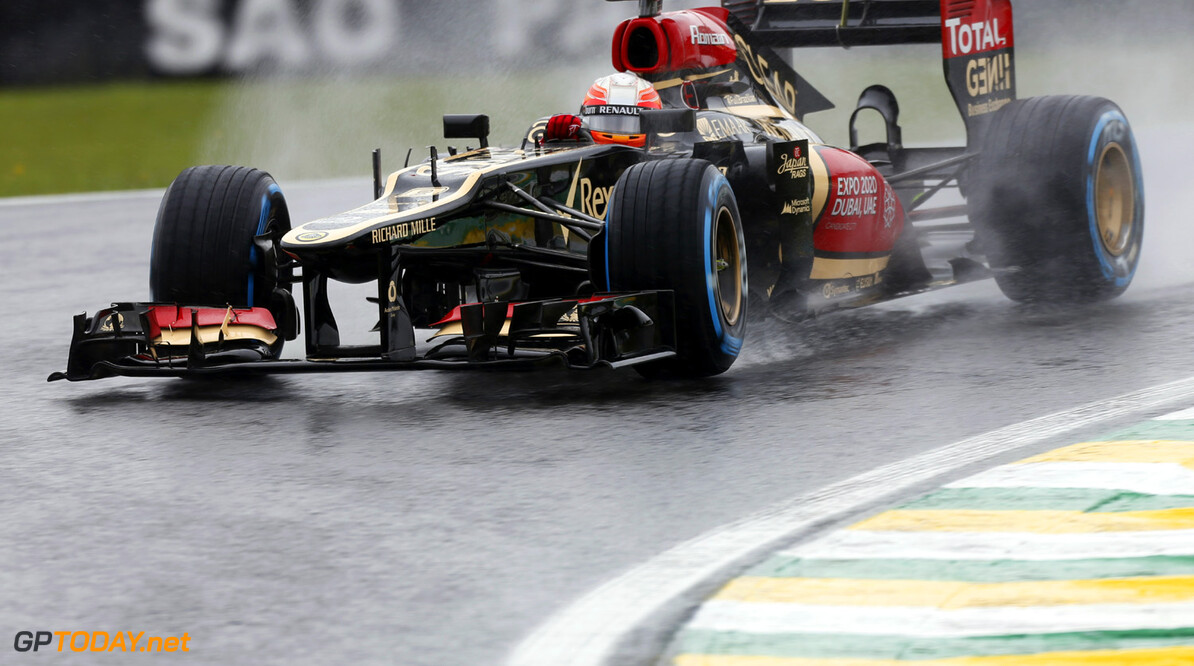 Grosjean not sure if Lotus' money problems are solved

Romain Grosjean has admitted he is not sure if Lotus' money problems have been solved. The Enstone based team had been delaying signing its preferred option to replace the disgruntled Kimi Raikkonen - Nico Hulkenberg - until the money from the much-vaunted 'Quantum' investment came through.

Ultimately, while re-signing the impressive Frenchman Grosjean, Lotus announced on Friday that his new teammate will be Pastor Maldonado. The press release made no mention of the Venezuelan's backing, but it is well known that he brings around EUR 35-40 million from the PDVSA oil company.

After the news broke, some said it was a clear sign that the Quantum money will never arrive. But others insisted the deal headed by controversial businessman Mansoor Ijaz is still on the cards. Asked if he has been told Lotus' financial problems are now over, Grosjean told France's L'Equipe: "Not yet, but I am going to see (team boss) Eric (Boullier) on Monday. We will discuss it then."

Asked if Friday's news was a relief, he told RMC: "I don't know if relief is the right word, but it's always nice to be confirmed sooner rather than later. The team had other things to deal with beforehand, but we had always wanted to continue to work together."

Grosjean said he is confident Lotus will handle the transition to the radical new 2014 rules well, but acknowledged: "We will have to have the budget, because it (the season) will be expensive and complicated."

And asked if he has concerns that he will not be paid in 2014, the 27-year-old answered: "I have no problem. My motivation and my work have never changed during the season. It is a personal matter between myself and my employer," added Grosjean. (GMM)
F1 News Romain Grosjean Pastor Maldonado Lotus F1
<< Previous article Next article >>