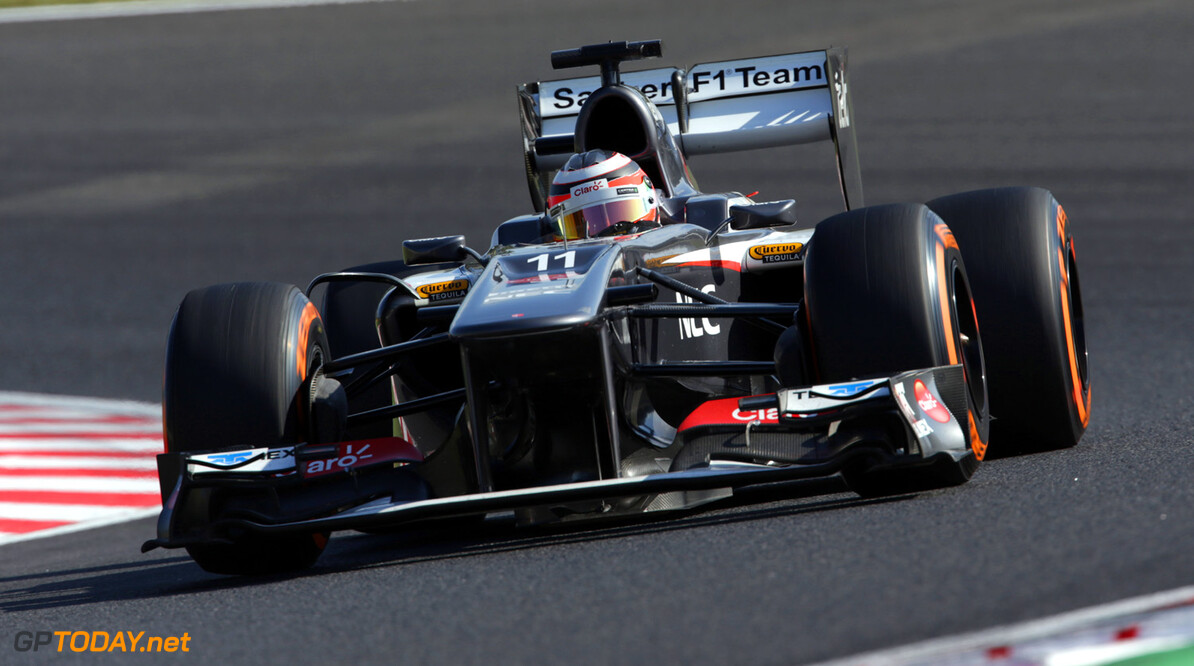 Nico Hulkenberg's best hope of simply staying in formula one is a new deal with Sauber, according to reports. Pastor Maldonado's PDVSA millions, and Max Chilton's lucrative Aon backing, appear to have locked the doors to Lotus and even Force India for the highly rated German. "We are up against 150 million (euros)," Hulkenberg's manager Werner Heinz told Bild newspaper.

Hulkenberg told Sport Bild: "I have never ruled out staying at Sauber." Mercedes' Niki Lauda told Bild: "It is ridiculous that someone like Hulkenberg has to fight for a cockpit." World champion Sebastian Vettel agreed: "Nico has absolutely earned his place in formula one."

It is believed Sauber will retain the improving rookie Esteban Gutierrez, who has links to important Mexican backers. "I feel very confident that I will stay in F1 next year," he is quoted by Brazil's Totalrace in Abu Dhabi. The other seat, however, was reserved for the teen Sergey Sirotkin, who is a part of Sauber's crucial Russian rescue deal.

Team boss Monisha Kaltenborn, however, said on Thursday that the deal could include some flexibility when it comes to Sirotkin's driving role. "I think we will find out fairly soon whether he is ready for formula one," she is quoted by f1news.ru. "It is an important step and it should not be underestimated." (GMM)
F1 News Pastor Maldonado Sebastian Vettel Esteban Gutierrez Force India Mercedes Lotus F1 Sauber
.