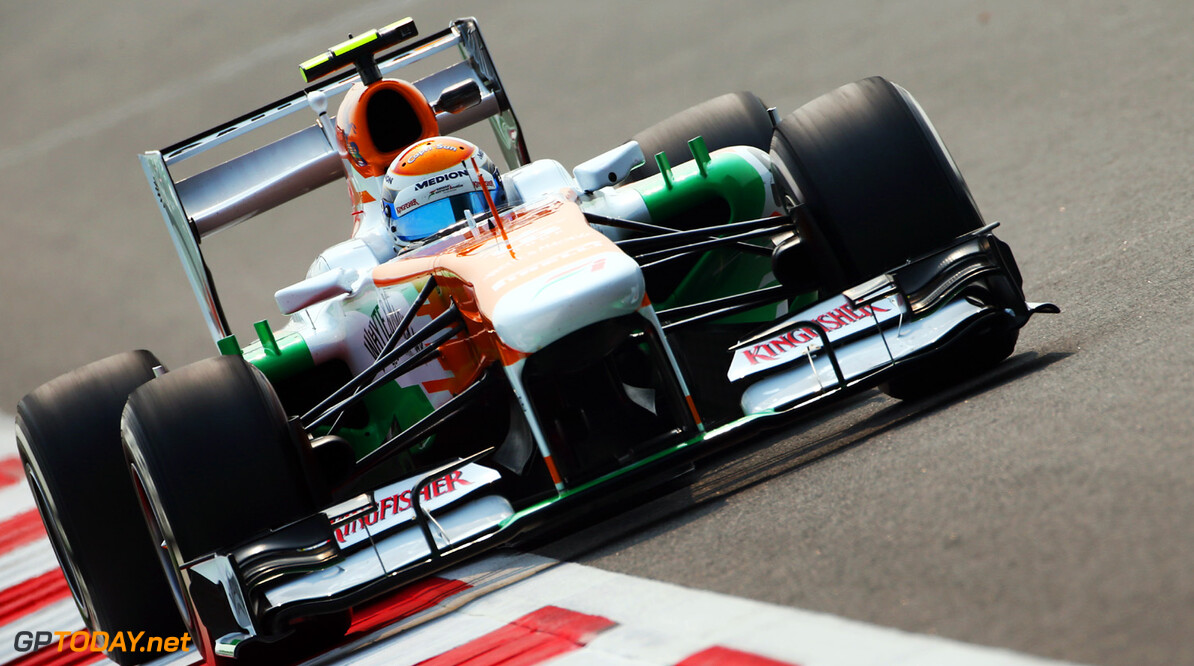 Sutil smiles as his future in F1 is now secure

Adrian Sutil has announced in Abu Dhabi that his formula one career will race on beyond this month's Brazil finale. It is believed that, thanks to his solid return to F1 this year and the backing of the German computer company Medion, Force India has elected to retain the 30-year-old.

"I know where I'll be," the German is quoted by Brazil's Totalrace, "but I can't talk about it right now. It should not take too long," Sutil added on Thursday, "but we're almost in November, so I can say in a week or two. But the important thing is that I know," he said. Asked if he is happy with his plans for 2014, Sutil smiled broadly and added: "Look at my face."

At the same time, the future of Sutil's current teammate Paul di Resta is much more uncertain, amid reports Max Chilton could switch his lucrative Aon backing from Marussia. "I don't think I'm worried about it," Scot di Resta is quoted by the PA Sport news agency.

"At the end of the day I think I have had some remarkable results this year but I think it is just unfortunately a difficult time at the moment. I think they (Force India) said they would give an impression after India. I would certainly like to think there would be a decision before (December)," he added. (GMM)
F1 News Force India Marussia
<< Previous article Next article >>
.