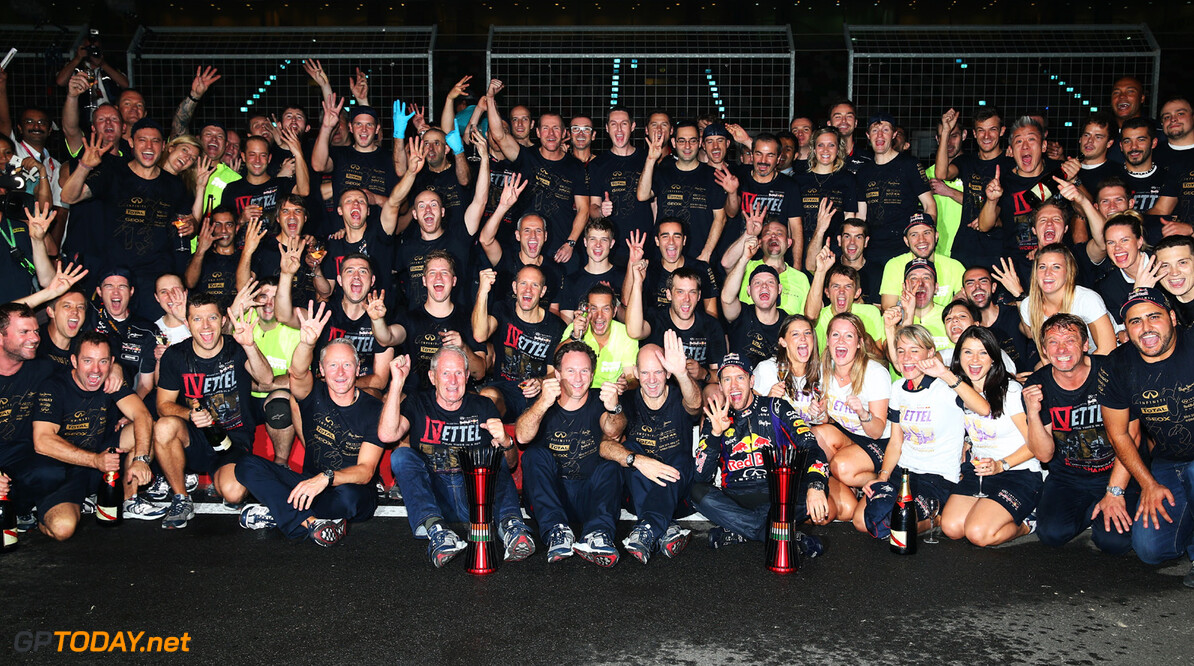 Going back to 2012 tyres clearly helped us - Newey

Adrian Newey has admitted Pirelli's mid-season tyre specification change helped the quadruple back-to-back world champions in 2013. Sebastian Vettel, who clinched his fourth title in India last weekend, had already won races this season at the time of the tyre-exploding British grand prix, where after Pirelli came under pressure to revert to last year's kevlar-belted construction.

Red Bull lobbied hard for the change, and car designer Newey has now admitted that the 2012 tyres gave the team a performance boost. "Going back to the 2012 tyres clearly helped us," he is quoted by France's L'Equipe. "Our car works very well in fast corners, which is where the 2013 tyres suffered most. They were pretty easy to damage, so we couldn't really use this advantage that we had over the other teams," added Newey.
More about Ferrari


Although Vettel's name has been under the title spotlight for the past four seasons, many in the paddock believe Newey to be the real champion of that period. But Newey insists that Vettel has grown into the role of a truly top F1 driver, since lifting his first title in a head-to-head with teammate Mark Webber in 2010.

"His driving has gone from very talented but slightly raw at times in, let's say, 2009, to incredibly well rounded now," he told the Guardian. "In 2009 and 2010 you could occasionally criticise him for making slightly ill-judged moves and hence having accidents.

"You could criticise him, possibly, for not being able to overtake. I think some people, possibly, felt that, if he didn't start from pole and control the race from the front, then he was not so good," added Newey. "You really can't make those criticisms any more. It's difficult to see a chink in his armoury."

Ferrari test driver Pedro de la Rosa said: "Vettel has been magnificent in his work," he told Marca, "and he stands out with Alonso, Kimi and Hamilton. "It is impossible to take any merit from his successes," de la Rosa added. (GMM)
F1 News Sebastian Vettel Pirelli Ferrari
.