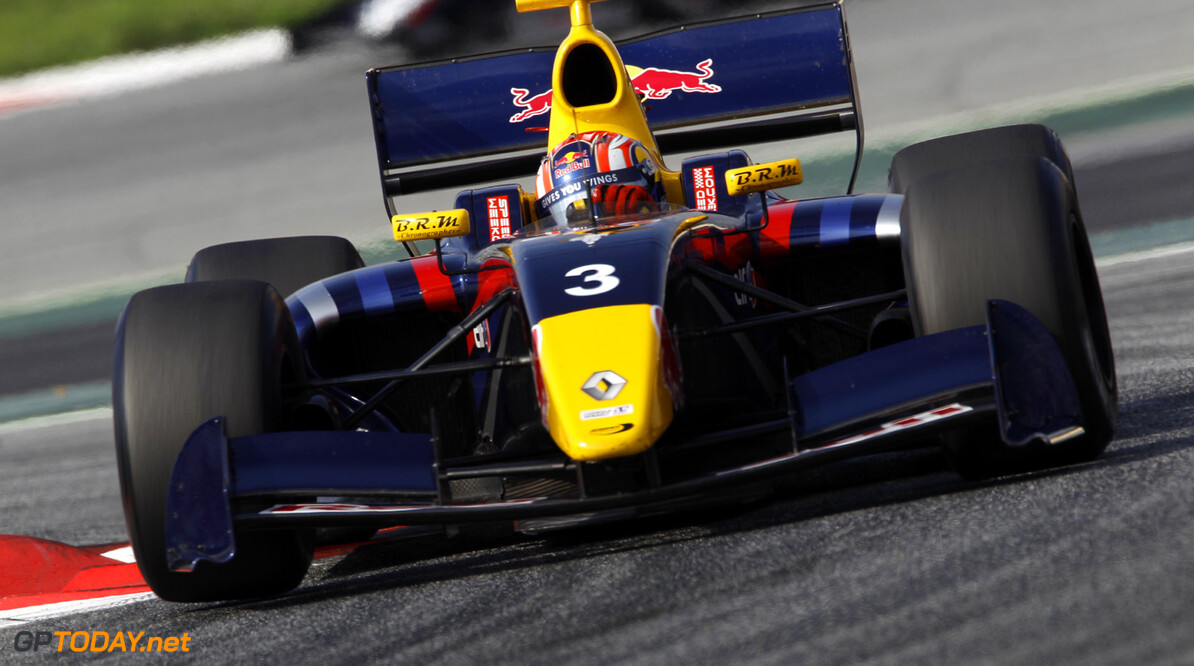 Antonio Felix da Costa has not been dropped by Red Bull, despite failing to impress enough to secure the Toro Rosso seat for 2014. Portuguese da Costa, 22, was the hot favourite all season to move into the energy drink company's second formula one team next year.

But, with Daniel Ricciardo moving to Red Bull, the F1 paddock was surprised to learn that 19-year-old GP3 driver Daniil Kvyat ultimately got his job.

Is it because Russian Kvyat - although arguably the most impressive compared to fellow Red Bull juniors da Costa and Carlos Sainz jr - is bringing sponsor backing to the seat?

He did admit to Germany's Auto Motor und Sport, however, that "two Russian companies have already contacted us".

"Kvyat provides us with the best overall package," the Austrian insisted.

"He has proved that he can handle the pressure, which is something we missed in da Costa.

"If he is already faltering in the junior categories, how will it be in formula one?" Marko asked rhetorically.

"I can't tell you how many drivers were sold as a huge talent before they failed at the very top. But Kvyat's curve has been all uphill.

Coming from Marko's blunt mouth, that sounds like the death knell for da Costa, in the wake of a long line of Red Bull juniors who didn't make the grade and were ruthlessly dropped.

But Marko insists: "We have not executed da Costa; he is staying in our family. Now we have to think about his future programme.

"First of all, he remains the simulator and reserve driver for Red Bull Racing," he revealed.

Marko also stamped out speculation the McLaren-groomed Stoffel Vandoorne was considered by Red Bull for Ricciardo's seat. "I have never spoken with Herr Vandoorne," he insisted. "There was no offer -- I don't even know what he looks like."
F1 News Daniel Ricciardo Daniil Kvyat Carlos Sainz Jr Stoffel Vandoorne McLaren Red Bull Racing
<< Previous article Next article >>
.