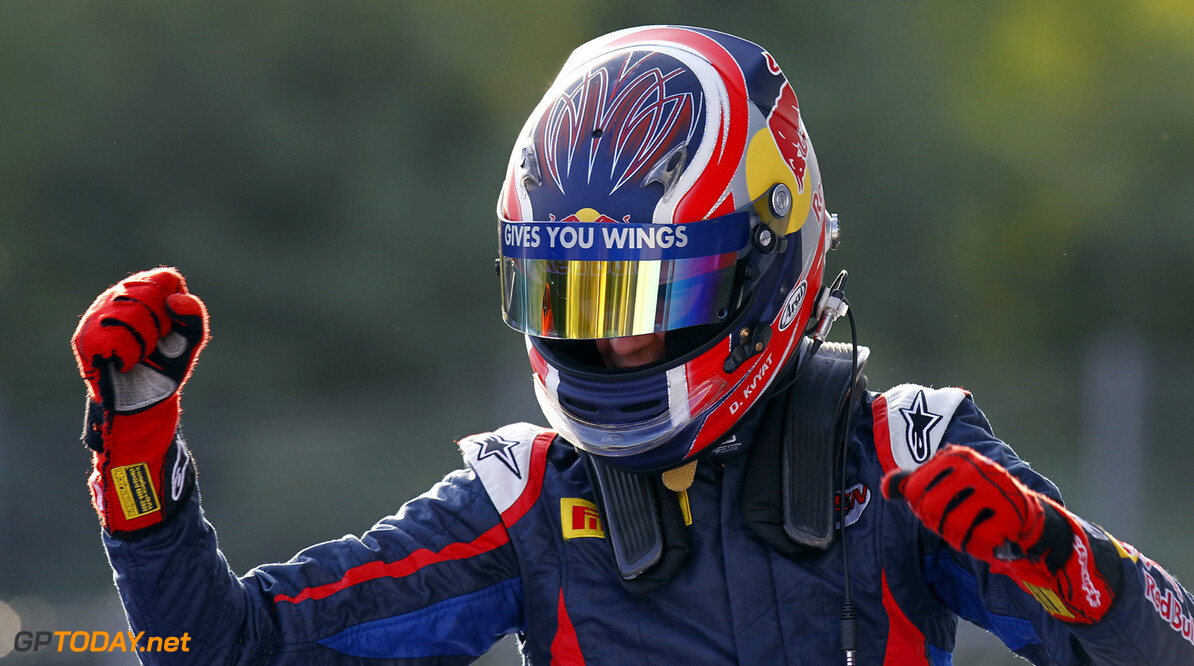 Kvyat denies Russian sponsors are behind his promotion

Daniil Kvyat has denied his surprise promotion to Toro Rosso for 2014 is being powered by Russian sponsors. "To come into formula one, especially with Toro Rosso, all that matters is the performance and the results," the 19-year-old GP3 driver told Championat. Kvyat admitted, however, that his "door is open" to potential partners. "We might be able to make some announcement," he told the Russian publication, "but I think we are far away from that."

It is also believed Kvyat's signing, ahead of Carlos Sainz jr and Portuguese Antonio Felix da Costa, could be related to the inaugural Russian grand prix next year. Former Toro Rosso co-owner Gerhard Berger, however, said Kvyat's talent is obvious. "He is a natural," the grand prix winner is quoted by APA news agency. "He has brought strong results despite not having the best car."

Berger said he thinks Kvyat will cope, even though he is skipping the recognised final steps to F1 such as GP2 or the Formula Renault 3.5 series. "Toro Rosso is a good school, and a good driver will always manage," he said.

Kvyat told the Russian website f1news.ru that he felt his chances intensify as he built momentum this year with strong results in GP3 and F3. "All of the key people at Red Bull saw that I was able to win races in two different series," he said. "I think this led to the decision."

At the same time, hot favourite da Costa was struggling in Formula Renault 3.5. "This year, he had to fight for the title," said Kvyat, "but it didn't come together, let's say, smoothly. With me, the opposite happened -- at first it was not easy, but I learned to cope with it well and I think all the right people appreciated it."

He insists he is not too young or inexperienced for F1. "I have done about 160 races in the junior categories, and had many podiums and victories," said Kvyat. "Kimi Raikkonen did I think 32 races and then came into formula one, so I don't see any problems. Vettel debuted at about the same age."

Red Bull's Dr Helmut Marko agreed: "Everyone who has been involved in the decision said Daniil, through his performance, his speed and his maturity, was the ideal candidate." He told Spain's El Confidencial that speculation linking Kvyat's deal with the Russian grand prix is wide of the mark. "We looked for what is best for Red Bull and what is best for Toro Rosso in the medium term," said Marko.

He said Kvyat will be given some time to get up to speed with experienced teammate Jean-Eric Vergne. "Of course he will have to learn how it works in formula one, learn the tracks, but I would say that after six or eight races he should be in a position to stand up to Vergne," said Marko. (GMM)
F1 News Daniil Kvyat Carlos Sainz Jr Renault
.