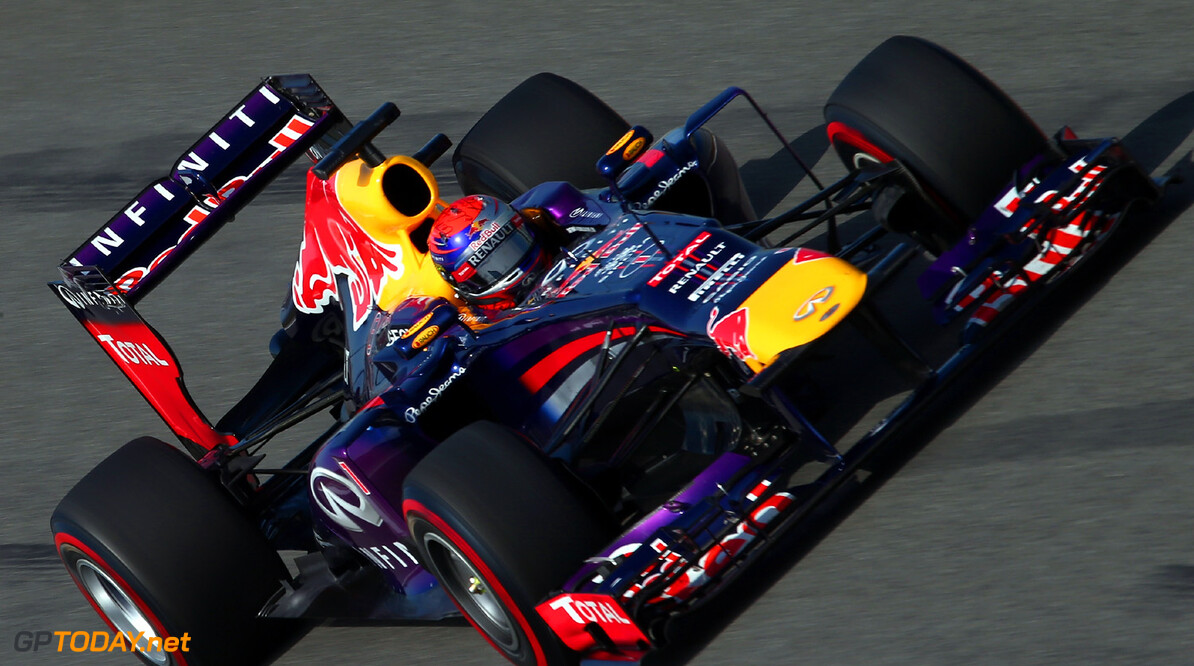 FP2: Vettel in control as others spin and crash

The world champion lapped Suzuka in 1m 33.852s, making him the only driver to crack the 1m 34s barrier on Pirelli's medium tyre, but the Australian was super-close with 1m 34.020s.

In another session full of incident, Williams' Pastor Maldonado, McLaren's Sergio Perez and Lotus's Kimi Raikkonen all came back to the pits without their cars after falling foul of this tricky track.

Nico Rosberg was Red Bull's closest challenger in his Mercedes with 1m 34.114s, an encouraging 0.262s off the outright pace, but Lewis Hamilton had a relatively disappointing run to sixth on 1m 34.442s.

Between the two Mercedes team mates were the Lotuses of Raikkonen and Romain Grosjean, with the Finn lapping in 1m 34.202s to the Frenchmans 1m 34.411s before he spun at Turn 7 during his race simulation run and couldnt get his E21 out of the gravel.

Daniel Ricciardo put Toro Rosso seventh on 1m 34.473s ahead of Ferrari's Felipe Massa, who once again showed team mate Fernando Alonso the way round with 1m 34.698s. The Spaniard spun heading into Turn 9, Degner 2, while running on mediums, and was left 10th overall on 1m 35.087s after Jenson Button pushed ahead to take ninth for McLaren with a lap in 1m 34.912s.

The Woking team lost Perez early on when he got his McLaren out of shape going into Turn 13, the Spoon Curve, and hit the outer tyre wall hard enough to do damage that prevented him from continuing. Like Bianchi in FP1, the Mexican was subsequently seen nursing his elbow with an ice pack.