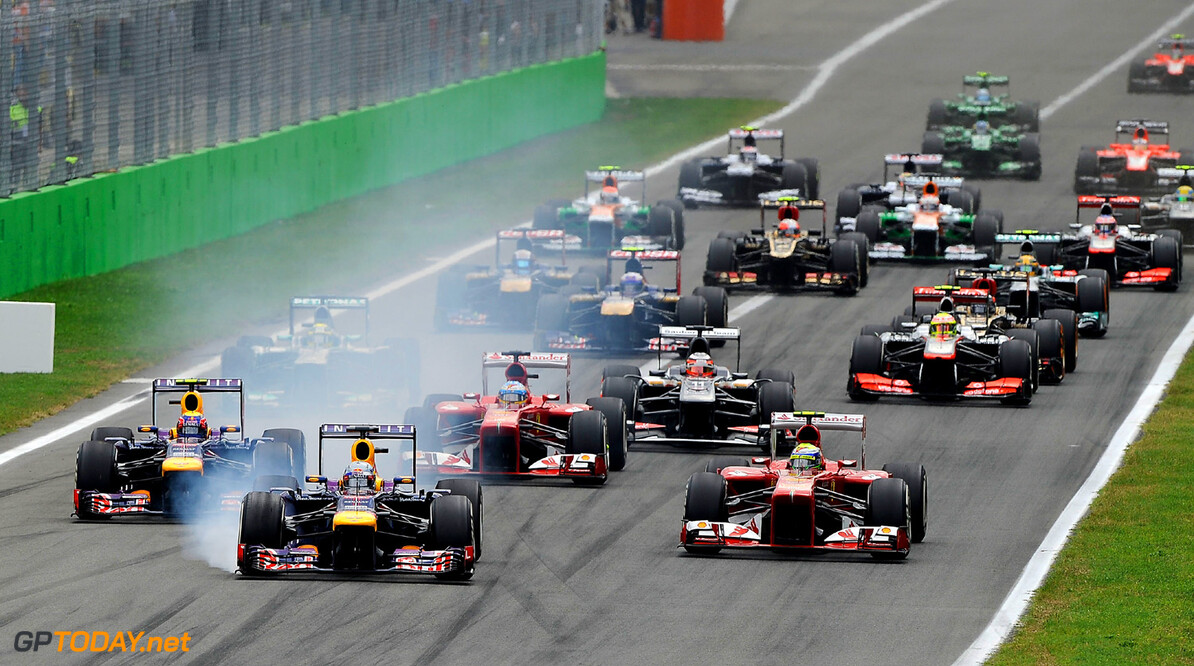 The 2014 'silly season' was still the dominant paddock theme on Thursday as formula one geared up for the Singapore grand prix. First, Kimi Raikkonen stunned reporters with his honesty when he admitted that he only decided to quit Lotus and return to Ferrari because of money.

"They (Lotus) said they haven't got my salary," said the Finn, who hinted he would be perfectly within his rights to simply sit out the rest of the 2013 season. "I like to race -- that's the only reason why I am here."

"It's hard to say which way it would have gone if that (receiving his salary) would have happened, but the deal (with Ferrari) is done now and I'm very happy," Raikkonen insisted. He also rejected all the suggestions that his pairing with the fiery Latin Fernando Alonso next year will surely cause fireworks.

Spaniard Alonso, although having openly pushed the Maranello team to retain Felipe Massa, also claimed on Thursday that he is actually happy to have Raikkonen alongside him in 2014. "When they decided that it was better to change Felipe they asked me what was my opinion," he said. "My opinion was that Kimi was the best out there in the market, the team chose him so I'm happy."

Many people, however, will not believe Alonso, but they also might not have believed him in late 2009, when he arrived at Ferrari to face teammate Massa. Massa and Alonso had angrily clashed after an incident at the Nurburgring two years earlier, but Alonso said on Thursday that the Brazilian is now "one of the best friends I have here". He also said the fact Raikkonen is a world champion will not affect his status at Ferrari, as "Felipe was a world champion when he crossed the line (in Brazil) in 2008".

That title was in fact ultimately won by Lewis Hamilton, who has also had his share of run-ins with Alonso. Briton Hamilton, however, is not predicting Ferrari fireworks in 2014. In fact, while many in F1 "talk about me and Nico (Rosberg) being the strongest package, I think they (Ferrari) will have it now," he told broadcaster Sky.

Elsewhere, Nico Hulkenberg played down suggestions he was angry when Ferrari told him he had not secured the 2014 seat via text message. "It's history, it's time to move on," the German said in Singapore, where his talks with Lotus about 2014 will surely intensify.

And at McLaren, a team source suggested Jenson Button will definitely be on board in 2014. So too, according to the Mexican himself, will be Sergio Perez. "Yeah, everything is pretty much done," he told reporters. (GMM)
F1 News Fernando Alonso Jenson Button Felipe Massa Lewis Hamilton Sergio Perez Lotus F1 Ferrari McLaren
<< Previous article Next article >>
.