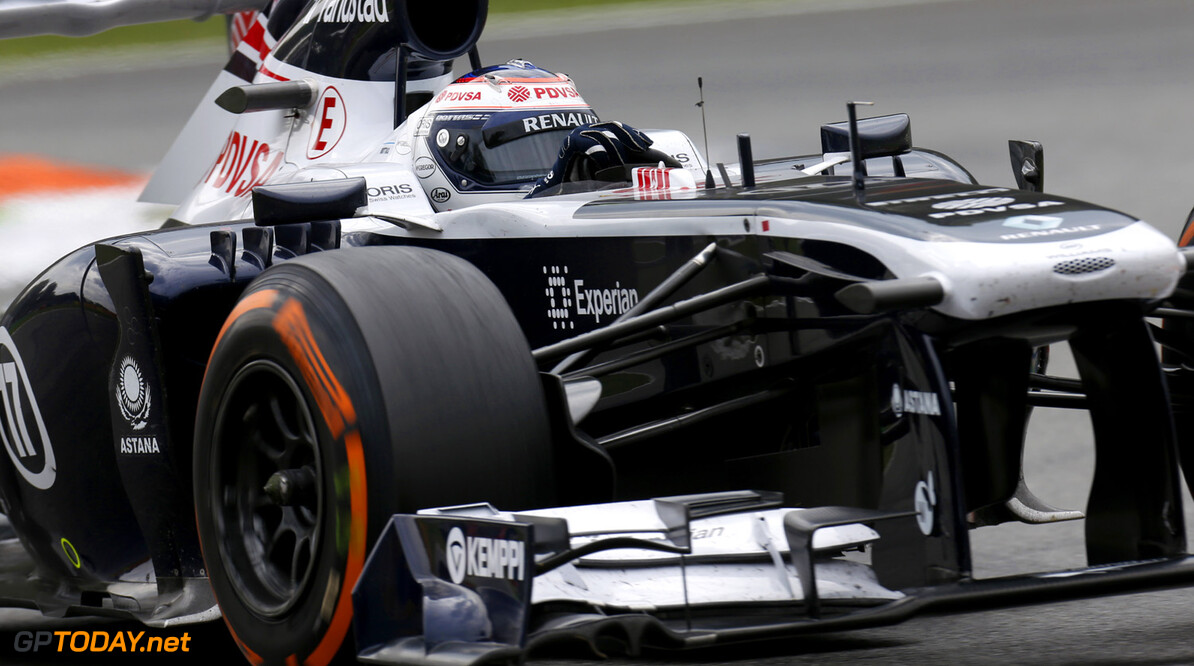 Xevi Pujolar, Chief Race Engineer: "The Singapore night race is a unique event that we all look forward to despite the fact that it is probably the most demanding circuit of the year for both driver and car. It is mentally and physically draining for the drivers as it's not only one of the longest races of the year, but they also have to cope with the high temperatures and humidity with the 23 corner layout offering almost no rest. Despite being run at night under floodlights the temperature still averages 30°C, with a humidity of around 75%. There has been a modification to the track layout for this year, the chicane at Turn 10 has been removed and replaced with a flowing left-hand corner before the acceleration zone towards the Anderson Bridge. Singapore has the highest pit lane speed loss of the season and a high chance of a safety car - there hasnt been a race in the modern era without at least one safety car being deployed. These factors, added with how difficult it is to overtake, all hamper strategic capability and for the last couple of years it has typically been a three-stop race. However, Pirelli have gone one step harder on the prime tyre bringing the medium compound so this may change this season."

Pastor Maldonado: "Singapore is quite unusual for a street race because it's hot and humid with high speeds, heavy braking areas and lots of corners, all of which test the tyres in terms of traction and braking because it's a long race and the cars carry a very heavy fuel load. That puts a lot of energy through the tyres at the start of the race, so it's vital to manage the first stint well. Tyre strategy is always a key ingredient so I will be spending a lot of time with the engineers discussing how we are going to tackle this track. As difficult as the track is, managing the conditions is another element that drivers have to deal with over the weekend as it gets very hot inside the cockpit. I had a very strong qualifying here last year, finishing in 2nd place, so I feel like this layout suits my eye and I know how to squeeze every tenth out of the laptime."

Valtteri Bottas: "I've never driven at Singapore in a lower category and it was one of the tracks that I didn't drive in Friday practice last year for Williams so this will be a new challenge that I'm really looking forward too. I will be doing a lot of simulator work ahead of the Grand Prix to get used to the layout because it has a lot of corners that come in quick succession. I'm normally quite fast at learning new tracks though and showed in Montreal this year that I can quickly get up to speed. The fact that the race takes places at night creates a unique atmosphere but I will try and keep my routine the same as it is important to maintain a rhythm between races, and for that reason I will be staying on European time throughout the week. One thing I do change is the transparency of my visor as we have to use an anti light glare instead of a sun protector because the lights lining the circuit are very bright."

Rémi Taffin, Renault Sport F1 Head of Track Operations: "The Marina Bay circuit has more turns than any other track on the calendar, however most are taken in first to third gear. Average speeds are therefore correspondingly low and the engine is working at between 8,000rpm and 13,000rpm for the majority of the corner apexes and exits. The stop-start nature of the track and the short bursts of acceleration between the turns make Singapore one of the least fuel efficient of the year so we try and be as careful as we can with the engine settings to avoid a weight penalty. Temperatures are also something to watch carefully  particularly as the race is the longest in duration of the year. Not only are the ambient temperatures high, but the slow turns give the engines little time to breathe so we will tend to use an engine at the end of its life."
F1 News Valtteri Bottas Pastor Maldonado Renault Pirelli Williams
<< Previous article Next article >>
.