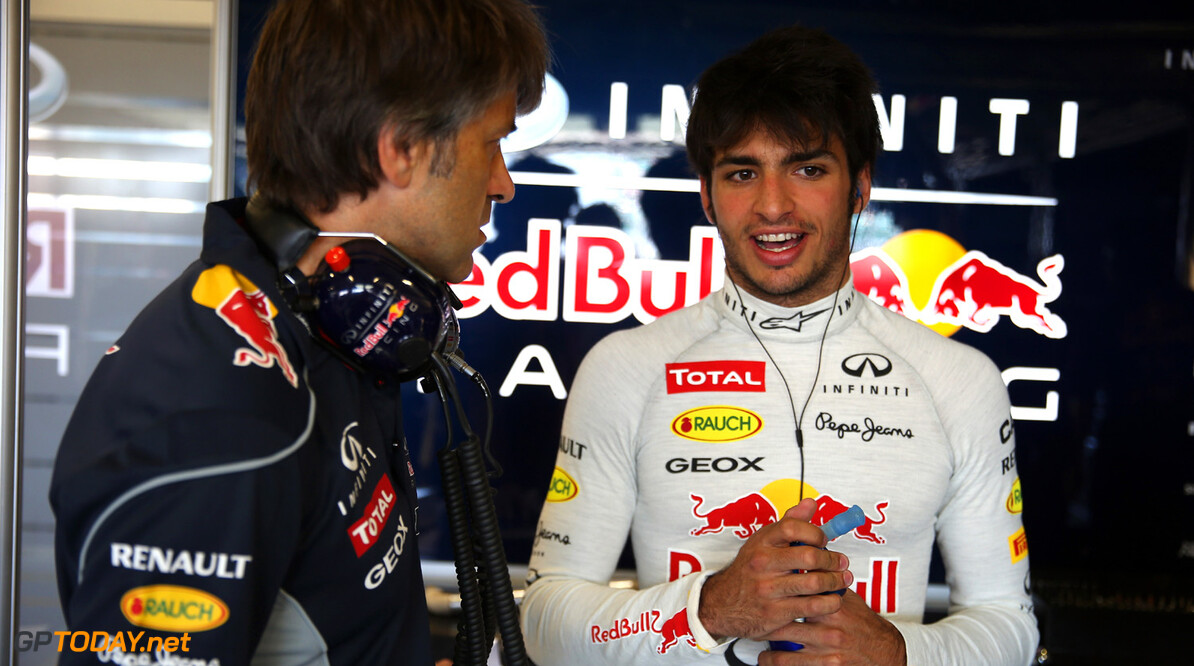 Carlos Sainz jr has raced into pole position to fill the new vacancy at Toro Rosso next year. With Daniel Ricciardo heading to Red Bull's main team in 2014, it was believed the next in line at the junior squad Toro Rosso was Antonio Felix da Costa. But the Portuguese has struggled recently in the Formula Renault 3.5 series.

Next in line could be Carlos Sainz jr, the 19-year-old son of the Spanish rally legend. He is managed by Luis Garcia Abad, who also handles Fernando Alonso's career. "It's very good news for our country that Daniel has signed (for Red Bull)," Alonso said at Monza. "It has opened up a good possibility for Carlos Sainz to join Toro Rosso," he revealed.

Spain's Marca newspaper reports that Red Bull figures were "amazed" with Sainz's "speed, professionalism and reporting of information to engineers" earlier this year when he tested at Silverstone. He is reportedly also backed strongly by the influential Dr Helmut Marko.

Another Spanish daily, AS, said there is a chance Sainz will drive the Toro Rosso on Friday in Singapore, while figures at Spain's motor racing federation have reportedly been at work to obtain a super license for the youngster. (GMM)
F1 News Fernando Alonso Daniel Ricciardo Carlos Sainz Jr Renault
.