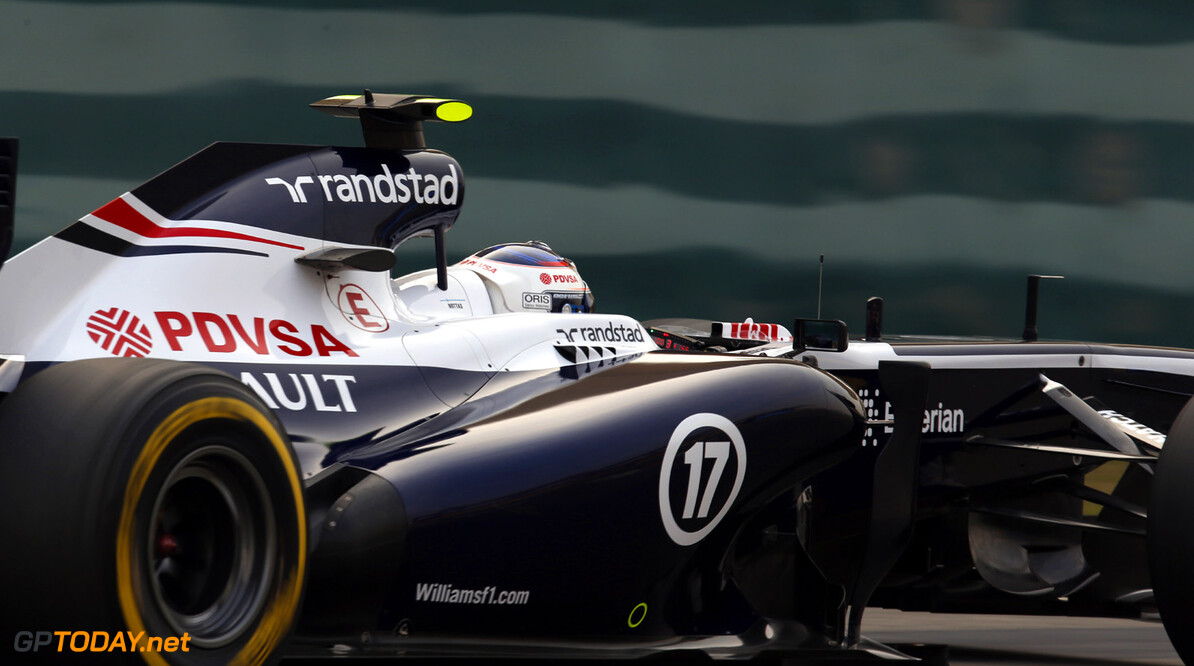 Xevi Pujolar, Chief Race Engineer: "After the August break it is great to be back racing again and the whole team is looking forward to arriving at Spa-Francorchamps this weekend. It is one of the most challenging circuits in the world for both the car and drivers as you see every kind of corner from long flowing curves to twisty chicanes and hairpins. Its one of the fastest circuits with an average speed of 230kph and is also the longest single lap of the year at 7.004km. With DRS and the long lap resulting in large differences in tyre degradation between strategies, overtaking is usually easier here than at many other tracks. Weather is often very changeable here and although early forecasts show a chance of rain on Sunday only, this can quickly change. Also, given the length of the circuit there is an added challenge in selecting tyres in changeable conditions as certain parts of the circuit can be much wetter than others. Overall, we are looking forward to getting the final races of the season underway."

Pastor Maldonado: "Spa is one of my favourite circuits because it has so much history and is so fun to drive. Its a very technical and fast circuit and you find a very wide range of corners there: uphill, downhill, very slow, medium, fast, short and long corners. Its the most complete track of the season and this tests you as a driver and also tests the cars setup. It also has the famous Eau Rouge corner which puts a lot of G force and pressure on your body. You feel this even more during qualifying when you are low on fuel and are trying to get the most from the car. The weather can be changeable and because it is such a long track, there are times where the track can be wet in one sector but dry in another which requires the teams to make some difficult strategy decisions. Two years ago I picked up my first point in Formula One here and hopefully I will be in the points again this weekend."

Valtteri Bottas: "I first drove at Spa in 2007 in Formula Renault and immediately fell in love with the track. Its very high speed, flowing and undulating and gives you a real adrenaline rush. Achieving a good car setup is difficult because of the wide variety of corners, but we will try to get as much information as we can during the practice sessions to find the most appropriate setup for qualifying and the race. Ive had a good break during the shutdown period but Im now itching to get back in the car. We have shown some improvements in race pace over the past few races and we know we are heading in the right direction. We will therefore be looking to have another points scoring result this weekend that will give us good momentum for the second half of the season."

Rémi Taffin, Renault Sport F1 Head of Track Operations: "A massive 70% of the 7km Spa-Francorchamps is spent flat out, meaning the track remains one of the biggest test of engines on the F1 calendar. Even though Monza sees the RS27 at full throttle for a longer time, it is the combination of the wide open throttle with the compressions and steep gradients that gives such an awesome workout. La Source to Eau Rouge and onto the Raidillon sees the engine at maximum revs, diving downhill and then climbing through several metres, putting the engines and internals under considerable stress. Having the right balance between reliability and top end power is always a juggling act as a result - and one that is particularly rewarding when you get it right."
F1 News Valtteri Bottas Pastor Maldonado Renault
.