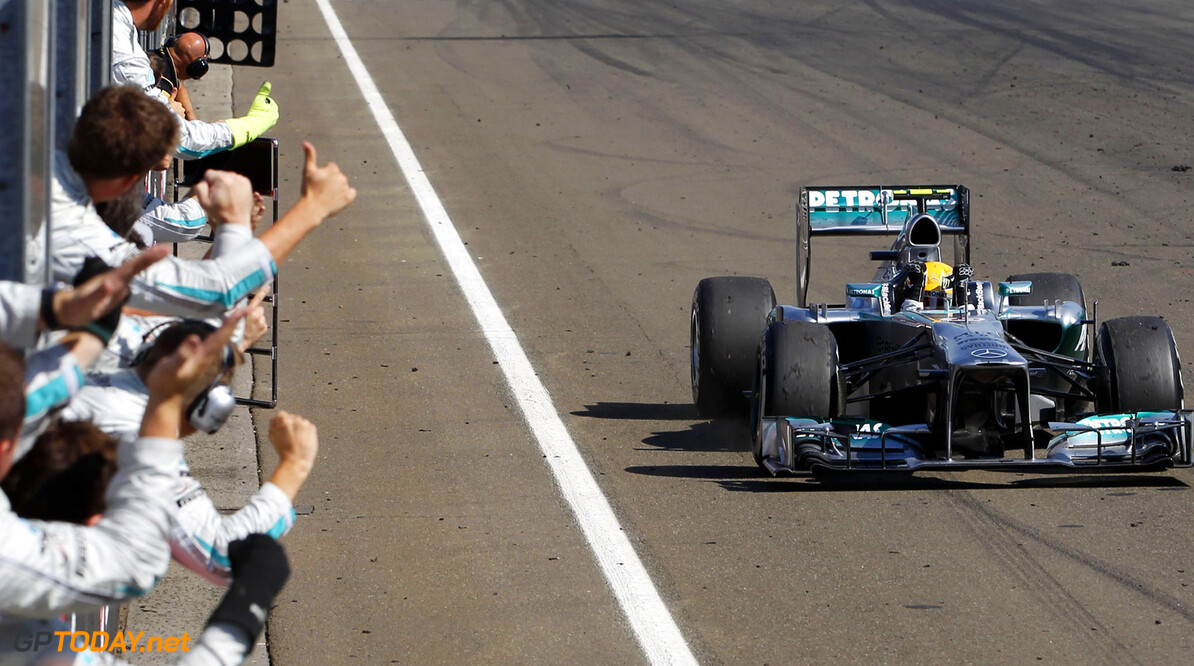 Mercedes could be set to power into F1's new V6 era with a huge advantage. With the development-frozen V8 engines to be replaced by radically-different turbo units in 2014, a new era where power is more important than aerodynamics looks likely.

And Mercedes, already a leader at the tail end of the long V8-powered era, could be in pole position to usurp Red Bull's position at the very top of the tree.

Hungary winner Lewis Hamilton is now an outside chance for this year's title, but the Briton was actually lured to Mercedes "on the promise that he will be able to take on (Sebastian) Vettel in 2014," wrote Auto Motor und Sport correspondent Tobias Gruner.

So far, F1's three V6 engine makers - Mercedes, Renault and Ferrari - have kept their cards close to their respective chests.

But "There are signs Mercedes is one step ahead", Gruner reported.

"In the paddock, it is said that behind closed doors the silver engine has 100 horse power more on average than the Renault or Ferrari.

"Mercedes is not confirming that, obviously. But those in charge are giving an unusually confident impression," he added.

One sign that Mercedes is indeed speeding ahead is an argument about the specification of next year's Pirelli tyres.

Mercedes has been pushing hard for a wider rear tyre, which would better transfer the power and torque of a superior engine to the track.