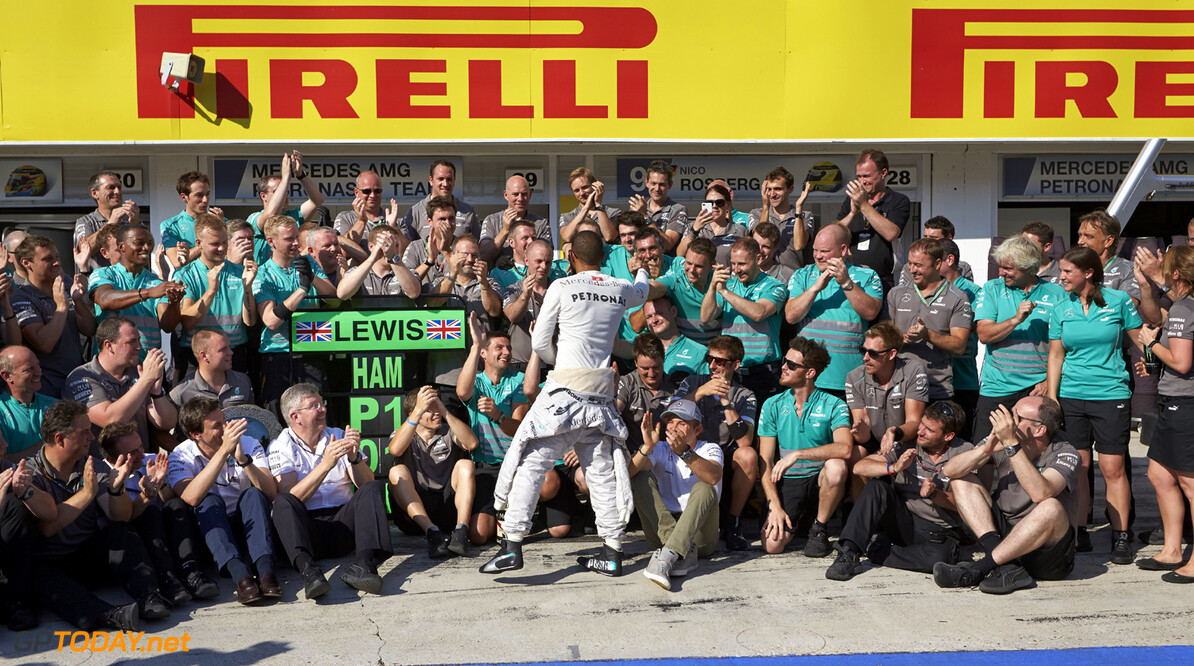 Michael Schumacher has admitted he did not expect his former team Mercedes to make such a leap forwards in 2013. After his F1 comeback with Mercedes between 2010 and 2012, Schumacher returned to retirement this year and was replaced by Lewis Hamilton.

In the great German's wake, Hamilton won from pole last time out in Hungary, while Schumacher's former teammate Nico Rosberg has won twice in 2013 so far. "Given where we finished last season," seven time world champion Schumacher told Eurosport, "it's a surprise where they are now. I'm happy for them, but I could not have seen that coming."

If that sounded like regret after three years of fallow results, 44-year-old Schumacher insisted he is "honestly" happy to have returned to retirement. You can't forget that this sport is not just 20 races," said the former Ferrari driver, whose seven titles and 91 wins are all-time F1 records. In those three years, so much energy is consumed that I would not have been able to continue at the level at which I want to measure myself," said Schumacher.

If watching merely on television has been enjoyable for the famous German this year, it is probably because Rosberg's top form has made people reassess Schumacher's Mercedes career. "People probably understand a little better how good Rosberg is," he said.

Even so, he insists he doesn't regret not being at the wheel of the winning W04. "It would not have been enough for me to win a few races," said Schumacher. "The goal is to fight for the world championship -- that was my target." (GMM)