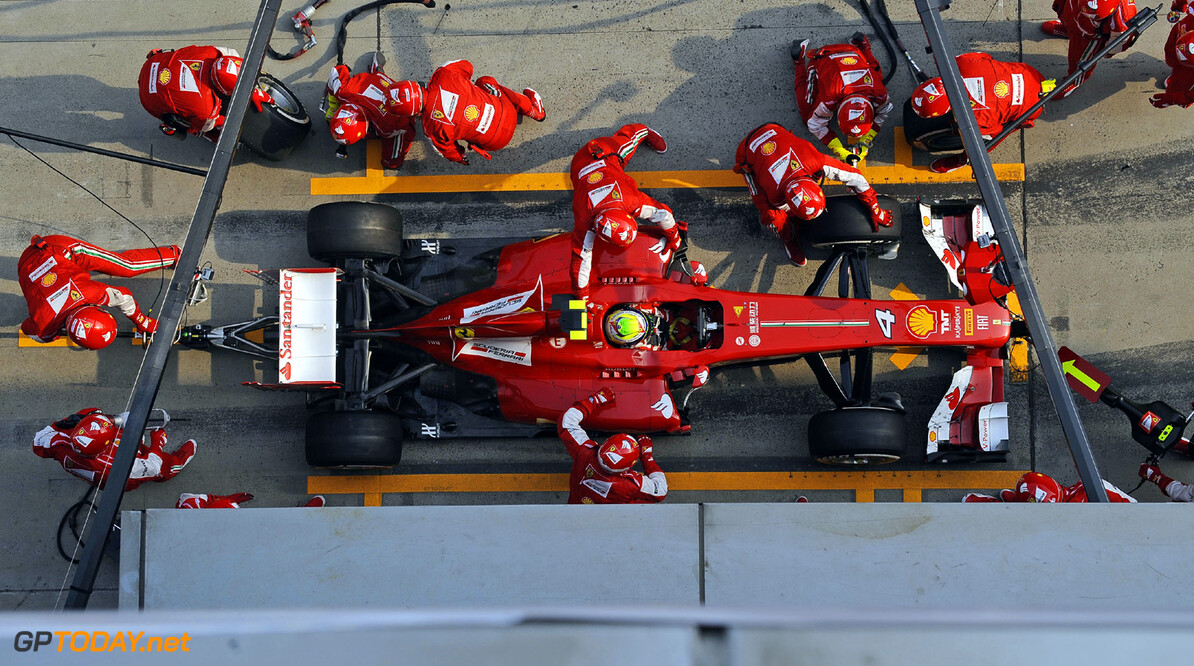 Safety talks to mandate a minimum time for pitstops in future have fallen at the first hurdle, it has emerged. F1 race director Charlie Whiting met with team bosses in Hungary on Thursday to discuss the matter, as the FIA moves to further bolster safety after a pitlane cameraman was hospitalised in Germany recently.

But according to reports by NBC and the German magazine Auto Motor und Sport, the team bosses did not support the proposed move. "We are all in agreement on improving safety," Ferrari's Fernando Alonso is quoted as saying. "However, finding the way to do it is difficult to agree on."

World champion Sebastian Vettel admitted his opposition to the idea of a minimum pitstop time. "The pitstops in formula one are a big part of the spectacle," he is quoted by Speed Week. "It is also a competition between team to team, with the mechanics trying to be faster than the others. It's always clear that there is some risk in motor sport. Clearly if suddenly every driver had to go through a certain corner at a certain speed, then I don't know how many people would watch that. Safety is very important, but the sporting element must also be preserved," the Red Bull driver insisted.

What did emerge from Thursday's Hungaroring meeting is that drivers now face ten-position grid penalties for the following race if they are released from a pitstop without four properly attached wheels. (GMM)