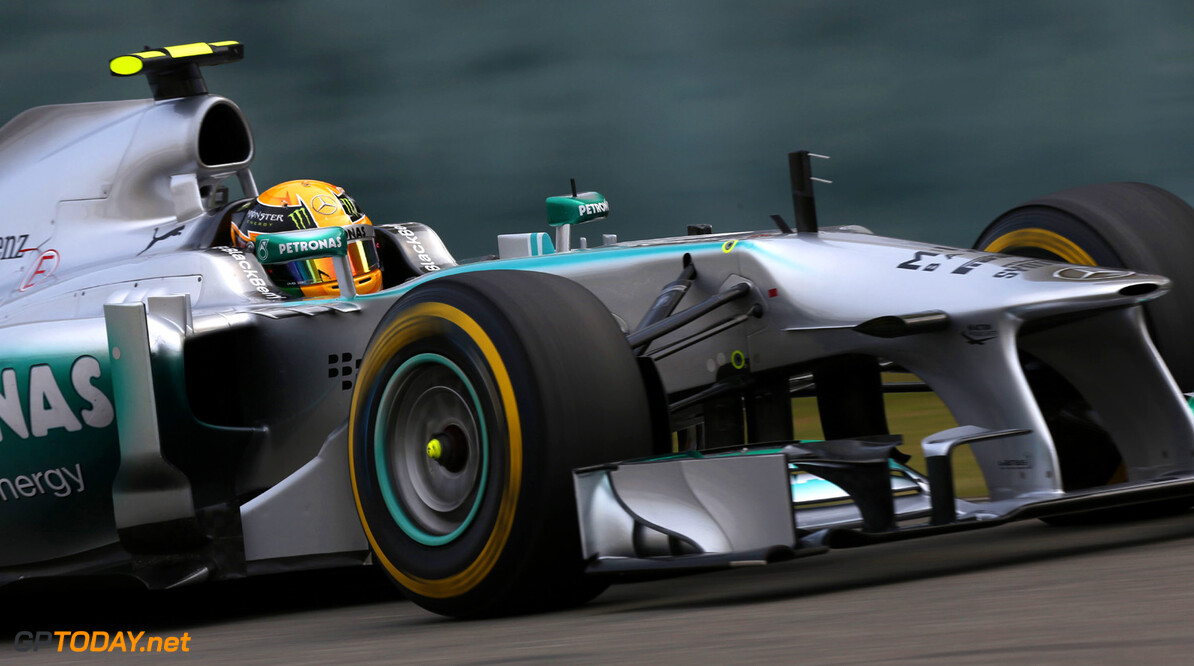 Lewis Hamilton says Pirelli's tyres are ruining his shot at the 2013 title. "I'm not really thinking about the championship now," said the Nurburgring pole sitter. "There's really no point."

Earlier, having seen his Mercedes teammate Nico Rosberg win two of the past three grands prix, the Briton sounded optimistic he could chase down Sebastian Vettel's points lead after dominating qualifying on Saturday. But then came Sunday, where it became clear the move from steel to kevlar-belted tyres, and the clampdown on team tyre-trickery, had hurt Mercedes considerably.

Hamilton said the 2013 tyre situation is one of the things separating him from another prominent British sports star, Andy Murray, who has finally broken though to win Wimbledon. "It is just him and the racket," said the 2008 world champion. "So many elements come into motor racing. There is the electronics performing, the suspension, the frickin' tyres, things that are out of my control," added Hamilton.

Now Pirelli is making yet another change for Hungary -- a new tyre combining the 2012 construction with the 2013 compounds. "We just have to hope and pray that they work on our car," Hamilton is quoted by the German news agency DPA. He is not confident. "It would be good to get a win at some stage but at the moment it really doesn't feel like it's going to happen," said the 28-year-old.

But Hamilton said Fernando Alonso, despite a car development dip for Ferrari, should be more confident. Asked if the title hunt is effectively over for all of Vettel's 2013 rivals, he insisted: "Definitely not for Fernando. Fernando's definitely within shooting range." (GMM)