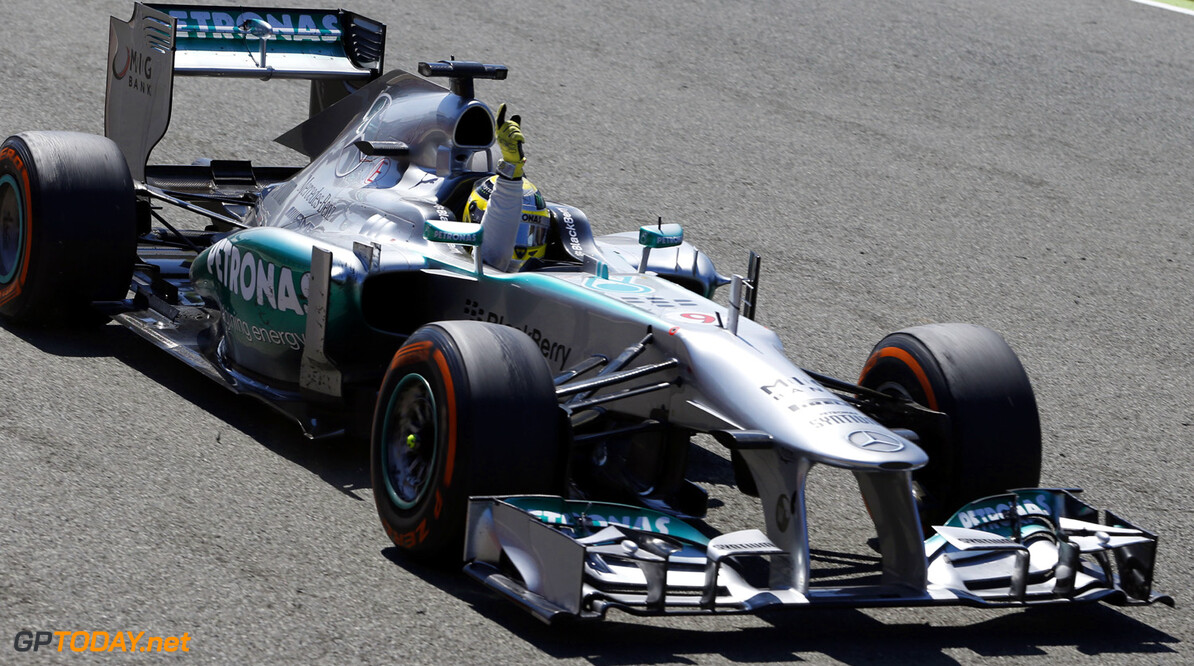 Mercedes' rivals are drawing a direct link between the illegal Barcelona tyre test in May, and the German squad's new winning form in 2013. Christian Horner, the boss of the Red Bull team who was highly critical of Mercedes' involvement in the 'test-gate' scandal, said the Brackley based team must now be considered a "serious rival" for the title alongside Ferrari and Lotus.

Indeed, while Mercedes already had a grip on pole position, Nico Rosberg has won two of the three grands prix since that highly controversial 1000km tyre test in Barcelona. "Others need to judge," Horner, when asked if there is a direct link between Mercedes' new form and 'test-gate', was quoted as saying by Speed Week. "I'll just ask: how many races in 2013 did they win before the test?" he added, knowing that the answer is zero.

Red Bull designer Adrian Newey added: "Mercedes have been clearly better with the tyres since the tyre test in Barcelona. "Draw your own conclusions," the Briton told Germany's Auto Motor und Sport. Lotus' Eric Boullier has a similar view. "That Mercedes won two of the three races after the test is a fact. So the conclusion is easy," he said.

Not surprisingly, Mercedes director Toto Wolff doesn't agree, and in fact he argues that the team's progress was even hampered by the scandal. "We were very busy the last couple of weeks getting prepared for the international tribunal," he told F1's official website. "A lot of grey cells that normally concentrate on making the car better were working on the (court) documentation."

Team boss Ross Brawn, however, insists he isn't bothered about what his rivals say. "It shows they take us seriously now," he said. Chairman Niki Lauda agrees: "If the others are still upset about it, I'm pleased, because it means they are distracted."

And Auto Motor und Sport claims Mercedes should continue to make progress, with the team's budget set to increase from EUR 145 to 190 million. "Now we are improving by at least a tenth every race," said Lauda, "whereas in the past years we always went backwards in the second half of the season." (GMM)