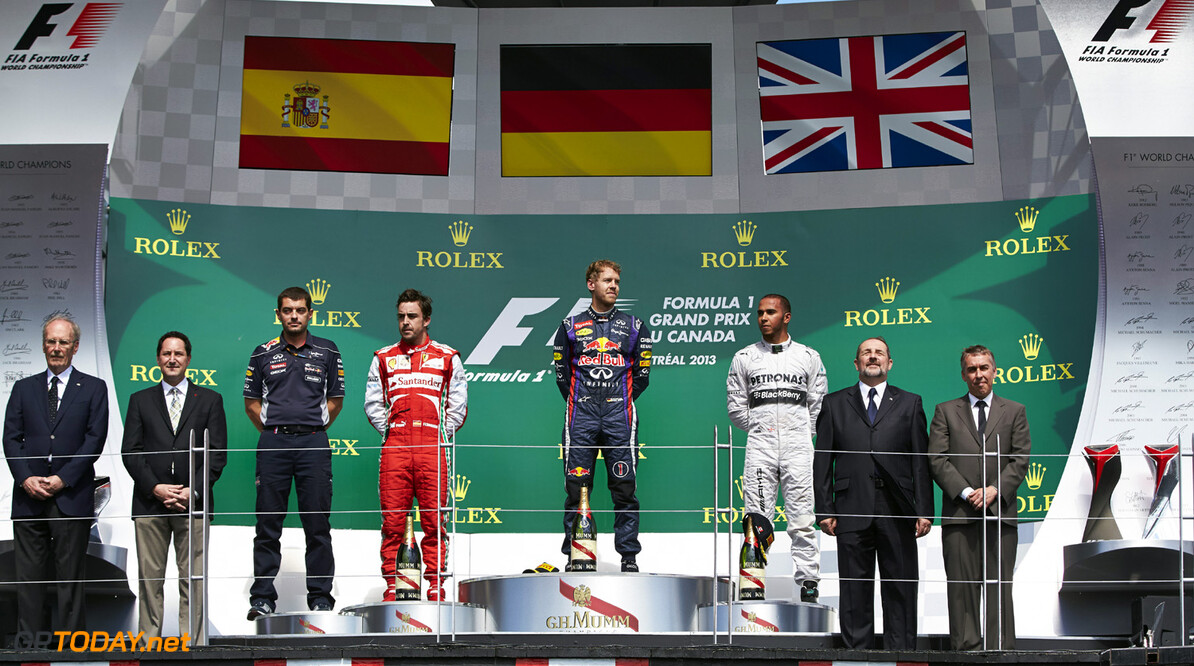 World champion Sebastian Vettel claims he does not know what his points margin is at the top of the 2013 championship, or that Fernando Alonso is his main title rival. The triple-consecutive championship winner is superstitious; he always slides a lucky coin under his boot laces, and gives his chassis a female name on the Wednesday before the first race of a season.

But he told British reporters on Wednesday that his deliberate efforts to avoid knowing the championship points situation is just "to keep things simple". German Vettel acknowledged that he knows he is in a "good position" in the current standings, but insists he has no idea of the precise 36-point gap, or that Ferrari's Alonso is running second.

"If you ask me currently  and please don't tell me  what's your score? Who's second or third in the title race? I don't know," he said. "I am not entirely sure, but I think Fernando is second now because Kimi had a poor race in Canada, but I have no idea of the points. The first thing I do after a race when they give me the results is rip off the championship standing and focus on the rest because that's what matters for the next race," added Vettel. "I am trying consciously to keep things simple. We have 20 races -- if you manage to maximise all of those then you have a good chance of winning the championship in the end."

Vettel explained that focusing only on the races, rather than the championship, is the right strategy to perform at his best. "I'm not stupid," he said, "but really right now the best is to focus race by race and if there is a gap, dive into it and don't think twice."

The 25-year-old also insisted he doesn't worry about rivals like Fernando Alonso and Lewis Hamilton, who always herald one another's talents, but hail only Vettel's Adrian Newey-designed Red Bull. "Well, I'm not relying on their opinion," said Vettel, who insists he feels happy with his own performance since he leapt to the top in F1. "I don't think we have to hide," he added. "We have shown enough more than once, not only if you look at championships but in many different races." (GMM)