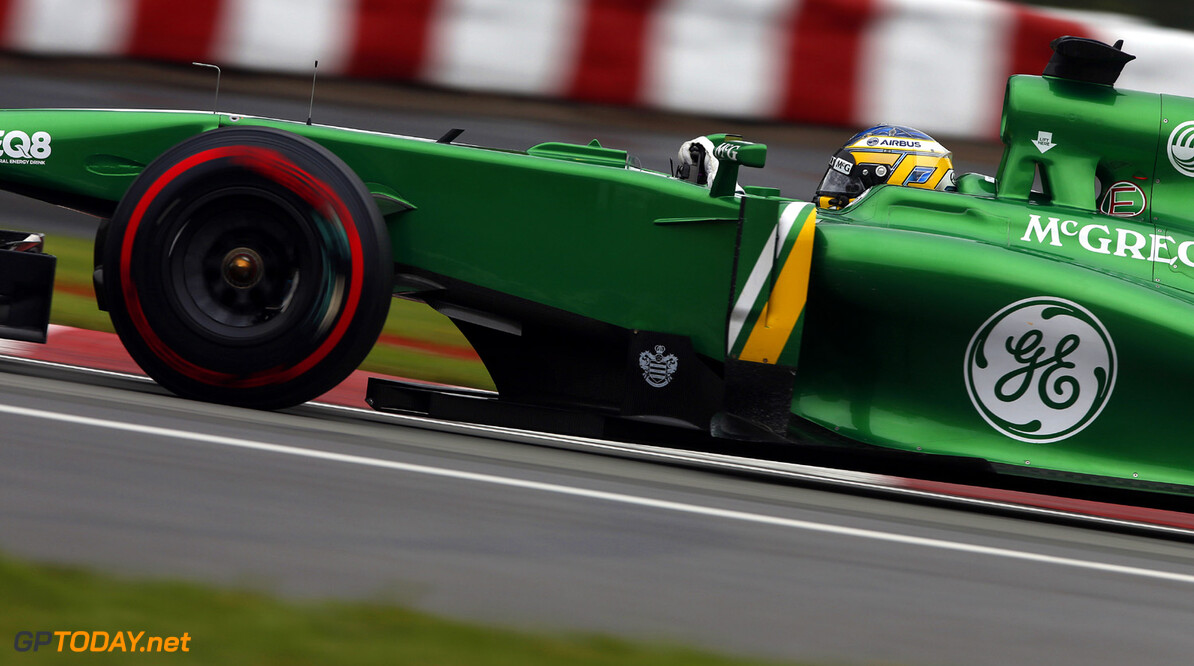 Charles Pic's future is closely tied to Renault, manager Olivier Panis has admitted. The 23-year-old Frenchman moved from Marussia to Caterham over the winter, having signed what former F1 driver Panis describes as a "long term contract". But that doesn't mean Pic's future beyond 2013 is signed and sealed.

Panis, 46, refers to Pic's close relationship with Renault, who are yet to put the final lid on a V6 engine deal with Caterham for 2014. Asked about Pic's progress so far at Caterham, Frenchman Panis said: "In my view he has a chance to become a real star of the future. At the moment we are with Caterham, and the beginning of the season was not so successful because the car was far from ideal," he told Russia's f1news.ru. "But Charles is doing well, he has a good relationship with the team and he can help them gradually increase the pace of the car."

Panis suggested that Pic helped Renault to secure a "major sponsor" in the form of Renault, adding that the French carmaker "is very important for his future". "We have a long term contract with Caterham," said the former Toyota driver, "but now we are waiting for the signing of the contract between the team and Renault for the engine supply."

Panis also said it is "nonsense" to write off drivers like Pic as mere 'pay drivers', based on the fact they bring sponsorship to a team. "When I started my career in F1," he explained, "companies like Elf and Gitanes Blondes paid a lot of money for me (in support). By this I mean that in the past everyone in F1 had some kind of sponsorship or another, but no one said anything. Of course, back then there were also not-so-good drivers who were in F1 because of money, but if you look at the grid in 2013 it is very strong, despite the fact that virtually everyone has paid something in some way," added Panis. (GMM)