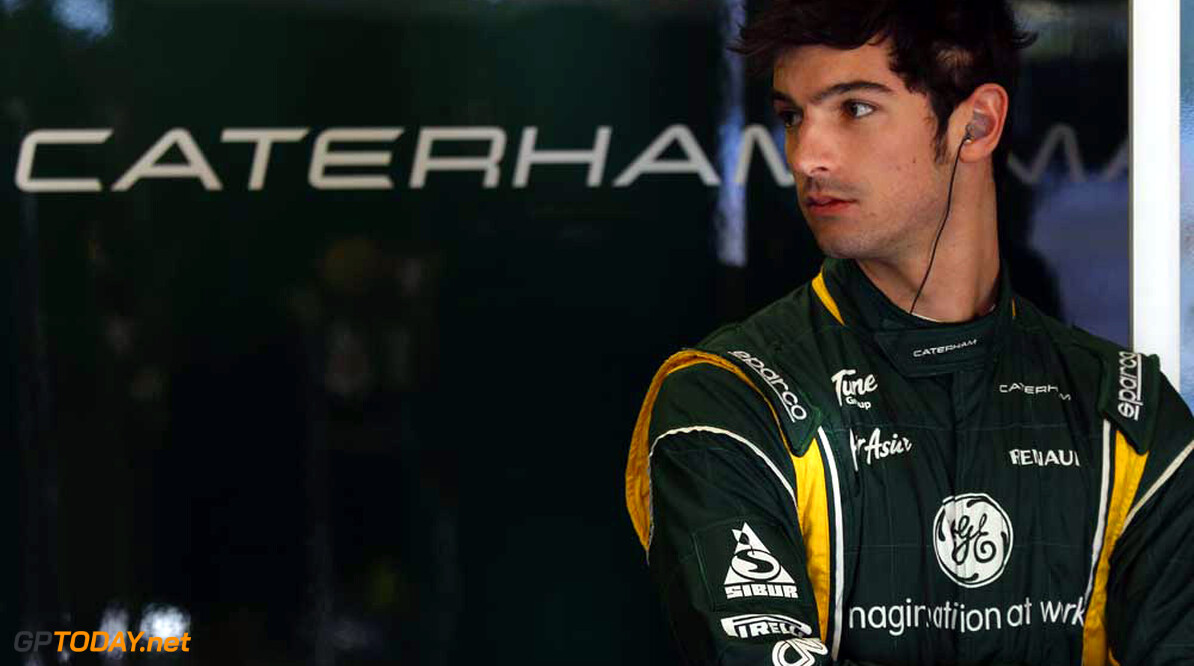 As Reserve Driver, Alexander comes with a large amount of experience and success in junior formula. He will continue the development he has made with Caterham F1 Team since first driving for the team at the 2011 Abu Dhabi Young Driver test and building on the Test Driver role he fulfilled in 2012, making his F1 debut in Barcelona in the Spanish Grand Prix FP1 session. As part of his 2013 Reserve Driver role Alexander will be taking part in a number of FP1 sessions throughout the season, building on the experience he has gained with the team since 2011.

Ma Qing Hua is a new addition to the Caterham F1 Team driver roster and will drive in the Chinese Grand Prix FP1 session for Caterham F1 Team as part of his Reserve Driver program in 2013. In addition, Ma will be racing throughout the forthcoming season with Caterham Racing in the GP2 series, giving him the opportunity to compete against some of the best young talent in motorsport whilst being fully integrated into the F1 environment.

Ma already has FP1 experience on his CV, having driven in four Friday practice sessions in 2012. He first competed in motorsport in 2005 in the Asian Formula Renault Challenge, and in Italian F3000, and since then he has competed in various series including A1 Grand Prix and the British Formula 3 Championship.

Cyril Abiteboul, Team Principal of Caterham F1 Team: "I'm very pleased to welcome Ma into our team. Alexander continues his development with us into 2013 and his promotion is a reflection of the investment we are making in him for the future. Ma joins us with previous F1 experience from 2012, and will play a key role in helping our GP2 team achieve their 2013 goals. We are looking forward to helping him develop his talents, both in the F1 and GP2 environments, and giving Chinese fans a figurehead to support on track throughout the year ahead."

"As Reserve Drivers, both Alexander and Ma will attend every race with us and will be driving in a number of FP1 sessions to continue their development. One of the main challenges facing young drivers moving up to F1 is the sheer number of people they have to interact with compared to any other level of their motorsport career. They go from a small number in Formula Renault 3.5 to more than 15 in F1, across engineering, performance, reliability, engine, KERS, strategy, communications and marketing. The program we have devised for Alexander and Ma will allow them to immerse themselves completely in the F1 environment throughout 2013, preparing them for the day when they take the next step up to the ultimate level."

Alexander Rossi: "After many discussions this winter with Caterham F1 Team regarding my 2013 program, todays announcement brings me even closer to my goal of racing in F1. 2013 will be my third season with the Caterham family and I've built solid relationships within the whole team. My goals from the Friday practice sessions that I will drive this season is to fulfill the team's runplan for each session, work closely with everyone and learn as much as possible, always being ready for the next opportunity. As Caterham F1 Teams Reserve Driver I will attend all F1 events, allowing me to integrate fully within in the team technically, commercially and from a sporting perspective in F1, best preparing me for the next step."

"I want to thank Caterham shareholders Tony and Kamarudin for their complete support and Team Principal, Cyril Abiteboul for the trust he has placed in me to carry out these duties. I plan to make the most of this season and the opportunities afforded to me so I'll be best prepared for what comes next."

Ma Qing Hua: "I am very excited about joining the Caterham family and would like to thank everyone at Caterham F1 Team and Caterham Racing for giving me the chance to race in GP2 and to extend my F1 experience. Both teams have everything they need to keep growing in the right direction and I am looking forward to playing an important role in helping them achieve what they've set out to this year. I know the fans at home will be really excited to see me race in GP2 and with the F1 work I also have ahead of me, China can be proud that it continues to have a driver involved in motor racing at the very highest level."
F1 News Alexander Rossi Renault Caterham F1
<< Previous article Next article >>
.