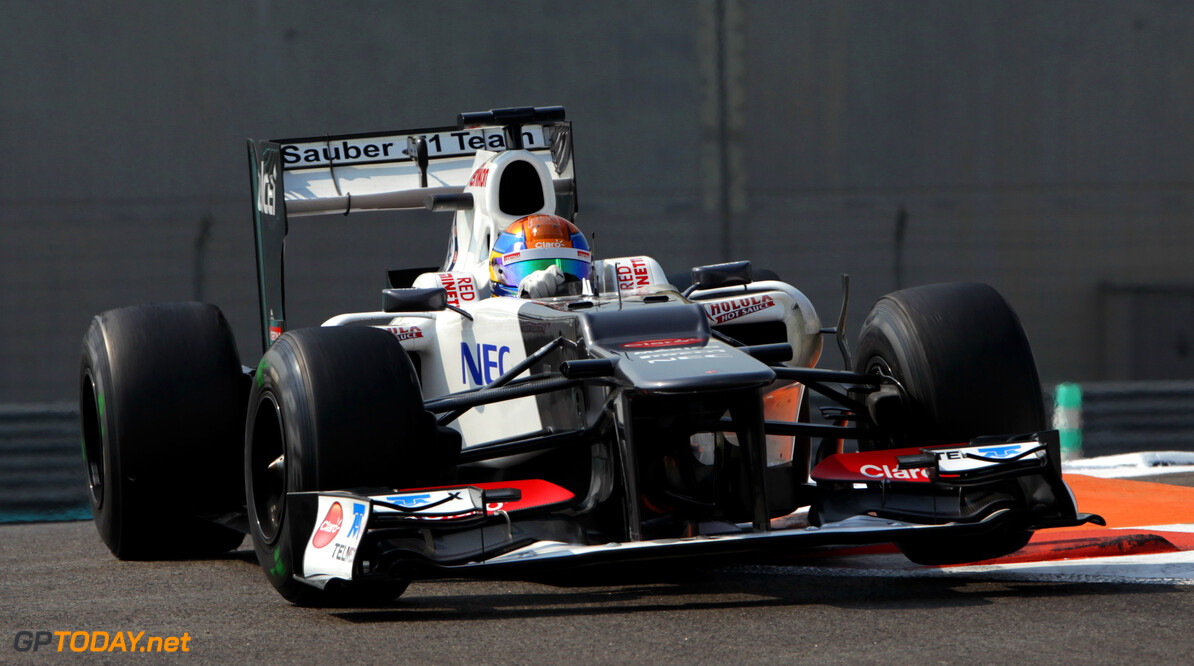 Sauber completes line-up for 2013 with Gutierrez and Frijns

The Sauber F1 Team has finalised its line-up for the 2013 season: Esteban Gutiérrez is confirmed as the team's second race driver. The 21-year old Mexican will be driving alongside Nico Hülkenberg (GER). Robin Frijns, from the Netherlands, who is only two days younger than Esteban, has been taken on board as the team's test and reserve driver.

Gutiérrez began his career in karting. He raced in the Formula BMW USA series in 2007, where he finished the runner-up, and then went on to win the Formula BMW Europe crown a year later. After a spell in the Formula 3 Euro Series, he switched to the GP3 Series in 2010 and stormed to the championship title with five race wins. Two seasons in GP2 followed, the second of which in 2012 saw him collect three victories and finish third in the standings. Gutiérrez was given his first chance to test for the BMW Sauber F1 Team in 2009 and further opportunities have followed since then. His most recent outing in the Sauber C31-Ferrari was at the Young Driver Days test in Abu Dhabi on 7th and 8th November.

"Esteban has already been part of the team for a long time and we have followed his career very closely", said Team Principal Monisha Kaltenborn. "In 2010 we signed him up as an affiliated driver, and in 2011 and 2012 he was our test and reserve driver. We mapped out his path to Formula One step by step. Esteban has great talent and now hes ready to take the leap. We are in no doubt we have a strong driver pairing in place for the 2013 season with Nico Hülkenberg and Esteban Gutiérrez."

Esteban Gutiérrez commented: "After three years working with Sauber I feel very grateful for all the attention I have received from everyone in the team and for all their input, which has allowed me to develop into a Formula One driver in a very progressive way. Now, after experiencing other categories of racing as an introduction to Formula One, this is the start of the real challenge to succeed at the pinnacle of motor sport. The support from my family, as well as from my sponsors, has been a key factor in getting there and I am very grateful to everyone who has been involved in our project. It will be a great pleasure to be racing in the same team as an experienced driver like Nico Hülkenberg. He will be a good reference point for me and will push me to adapt quickly to F1 competition so we can develop the car together with the team in the best way."

Robin Frijns is going to be the Sauber F1 Team's new test and reserve driver. The 21-year old Dutchman also started his career in karting. In 2008 he entered single seater racing, improved constantly and went on to win the Formula BMW Europe title in 2010 by taking six race wins. One year later he took the title in the Formula Renault Eurocup before going on to win the title in the highly competitive Formula Renault 3.5 Series in 2012.

"Monitoring Robin's racing career", said Kaltenborn, "makes it easy to spot his potential. This was the reason we gave him the chance to drive the Sauber C31-Ferrari at the Young Driver Days in Abu Dhabi. He managed this very well. We will now carefully guide him to Formula One. This is a long way, but Robin has got the skills to do that successfully."

Robin Frijns said: "I'm very happy the Sauber F1 Team has given me this opportunity. I would like to thank Monisha Kaltenborn and Peter Sauber for their belief and trust in me by signing me to join their team as a test and reserve driver. With this opportunity I will try to help the team as much as possible and get the chance to learn how Formula 1 works in an extremely professional environment. I am already very much looking forward to getting the 2013 season started and working together with the team."

Monisha Kaltenborn also turned her attention to the teams current drivers: "I would very much like to say a few words about Kamui Kobayashi as well. Over the last three years Kamui has shown us he is not only a fierce competitor on the track, but also a wonderful person and fantastic team player. Every member of our team has the greatest respect for him, and his podium in Japan was a particularly emotional moment for all of us. This has not been an easy decision for us to take, but we have committed ourselves to a new beginning and our time with Kamui will come to an end after the final two races of the season. We wish Kamui all the best for the future. Our thanks also go to Sergio Pérez, who has claimed three podiums for the team so far and now has the opportunity at McLaren-Mercedes to display his immense talent with one of the most successful teams in Formula One history. We would also like to wish Sergio all the best and every success for the future."