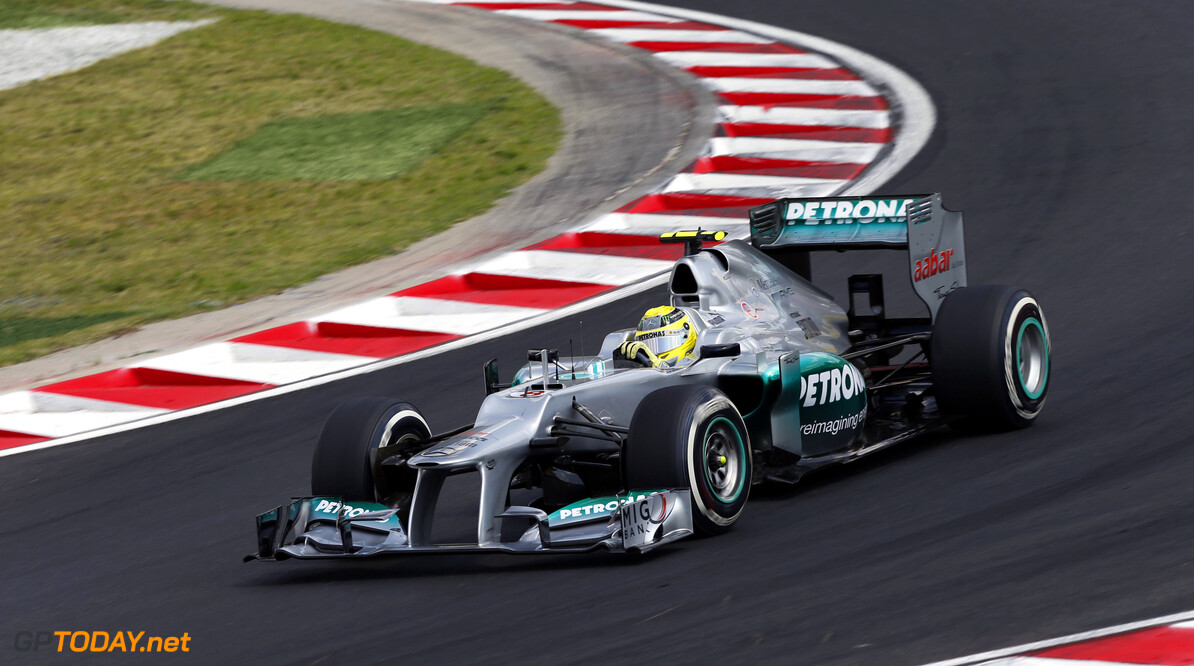 Rosberg thankful to escape unhurt after crash with Karthikeyan

Nico Rosberg said he was thankful both he and HRTs Narain Karthikeyan emerged unscathed from a lap eight accident that saw both exit the Abu Grand Prix in spectacular fashion. Im very thankful that we are both fine. I went to the medical centre for a precautionary check but everything is good.

Rosberg started the race in seventh place but collided with Lotus Romain Grosjean at the start and was forced to pit for a new nose cone. Dropped to the rear of the field the Mercedes driver found himself involved in a battle for 19th place with Karthikeyan.

As the pair went through a high-speed corner the Indian driver suddenly slowed and Rosberg slammed into the rear of the HRT, his Mercedes briefly becoming airborne before crashing into the barriers.

"Narain told me that his steering broke and he needed to brake, which I didn't expect in that high-speed corner", said Rosberg. "There was no time for me to react, and I'm very thankful that we are both fine. I went to the medical centre for a precautionary check but everything is good."

Karthikeyan confirmed that he had suffered an sudden steering malfunction. "We had a problem with the hydraulic pressure and steering of the car went rock solid, so I had to lift my foot off the accelerator", he said. "Unfortunately, Rosberg was coming from behind and couldn't avoid me. It was tremendously unlucky."

Rosberg admitted that his race was largely over before the incident thanks to the coming together with Grosjean at the start. "My car felt competitive today so it's a real shame not to have finished the race and scored some points", he said. "Unfortunately that chance was gone after the first lap incident with Romain, after which I had to come into the pits for a new nose. Then there was the accident which put me out of the race."