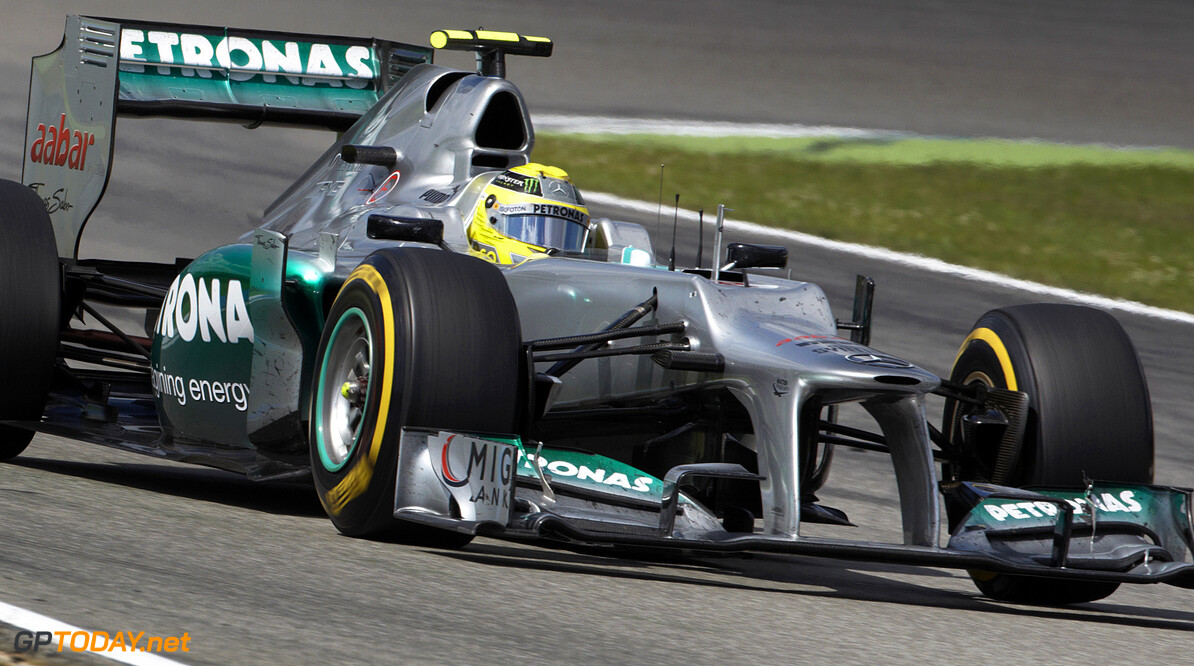 Mercedes' 2012 car is good enough to be the basis of next year's silver challenger, team boss Ross Brawn has revealed. Although Nico Rosberg won April's Chinese grand prix from pole, and Michael Schumacher set the fastest qualifying lap in Monaco, the W03 has otherwise delivered a mixed performance. The Brackley based team, world champions in 2009 as 'Brawn GP', is fifth in the constructors' standings at present, 26 points ahead of Sauber and more than 80 behind Ferrari.

But Brawn told Brazil's O Estado de S.Paulo newspaper that the 2012 car is not bad. "We've had some difficulties, but we have improved compared to last year. And we have a good basis for designing next year's car, when the regulations will be essentially the same as this season," he added. So we are going to continue to develop the current car because that knowledge can be passed on to 2013," said Brawn. (GMM)
F1 News Nico Rosberg Ferrari Mercedes Sauber Brawn GP
.