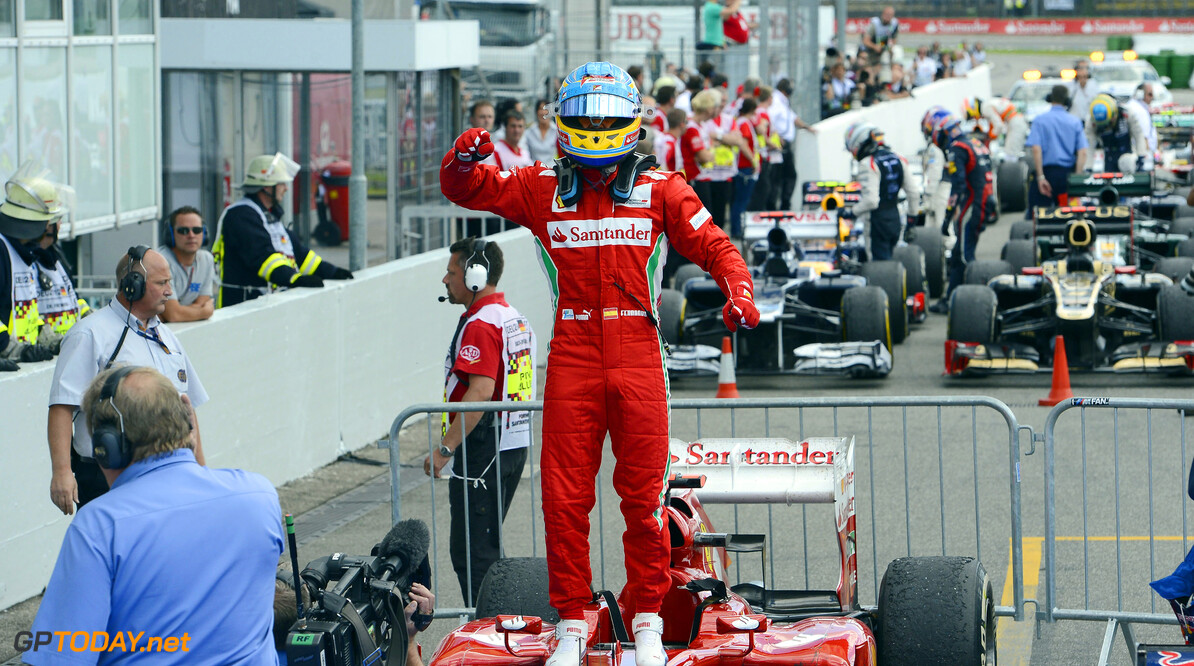 Millionaire Alonso 'a bargain' for Ferrari

Fernando Alonso is F1's highest paid driver, and he's worth every penny. That is the view of Brazilian correspondent Livio Oricchio, who said after Hockenheim that the Spaniard's estimated EUR 25 million salary is "a bargain" for Ferrari.

Another observer told the Times newspaper: "Whatever Ferrari are paying him, it is not enough." Former Toro Rosso driver Jaime Alguersuari told El Mundo: "If you're a team manager, you want a driver who is fast consistently, adding many points and committing few errors. That is exactly what Ferrari has in Alonso."
More about Ferrari


Alonso, the only driver with three wins to his name in 2012, is now so far ahead of the field that even if he stayed at home instead of racing in Hungary this weekend, he would return even after the long August break with a healthy lead.

Niki Lauda, who interviewed the 30-year-old on the podium at Hockenheim, said he thinks Alonso's latest win was "a provisional decision" in the 2012 world championship. "He is doing a flawless job so far and he's not going to forget how he's done it in the second half of the season," the triple world champion told Die Welt newspaper. F1 legend Lauda insists it will be a "difficult task" for any of Alonso's pursuers - chiefly the Red Bull and McLaren drivers - to beat him now.

"We are talking about an absolutely extraordinary driver," former Ferrari driver Patrick Tambay told France's RMC Sport. "He was opportunistic with a less efficient car at the beginning of the season, and always getting the points or even the win when he could. He is exceptional at motivating the team, and being consistent in always scoring points at every race, even when it's just a few points, he still collects them," he added.

Jenson Button, buoyed by McLaren's return to form in Germany, acknowledged that he needs to start stringing race wins together in order to get back in the title hunt. He also warned Alonso that things could "easily turn around for him but he is doing a great job and he deserves to be where he is".

But Alex Wurz, a former driver and now commentator for Austrian ORF television, agrees with Lauda that Hockenheim was a "preliminary decision" for the 2012 outcome. "Ferrari have caught up with the car, so that on the bad days they are losing far fewer points than they were, and they have Alonso who at the moment is in perfect form and putting the team in a good mood," he said. "In this respect," added Wurz, "the points lead that Alonso has now is definitely worth a lot."