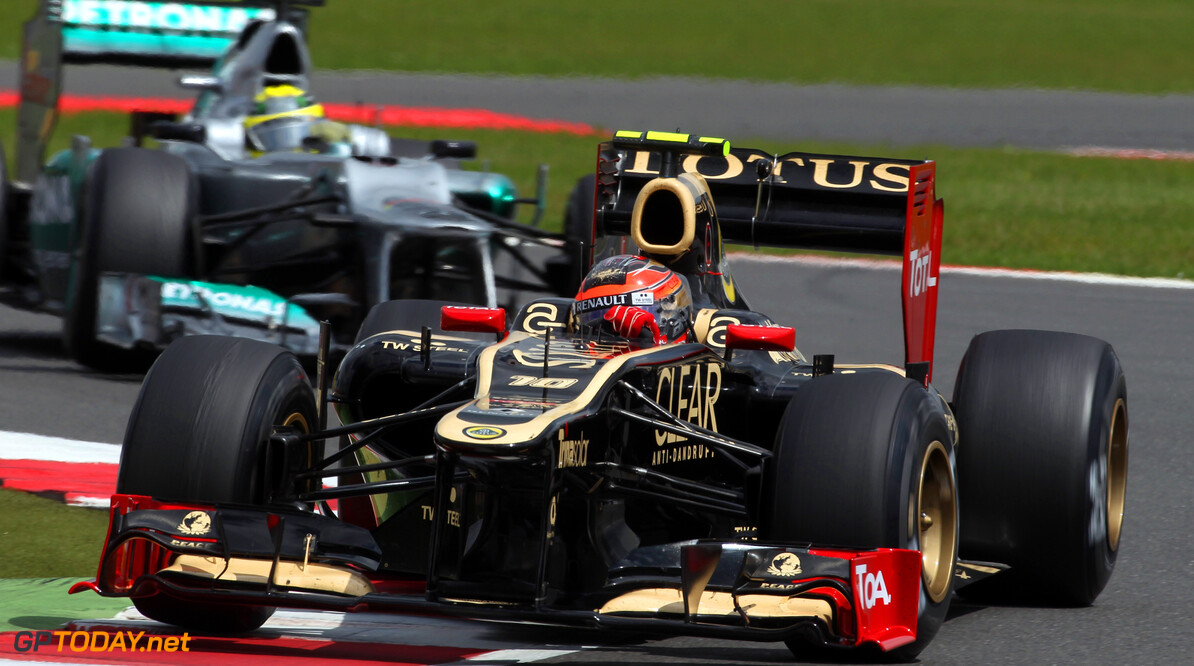 Former grand prix winner Rene Arnoux has tipped his French countryman Romain Grosjean to win up to two races in 2012. The Swiss-born Grosjean struggled in his abortive 2009 debut but has shone so far this season after returning to the sport with Lotus' new management.

"Grosjean has matured, he has a nice car, and he has done some great races," Arnoux, who won races in the 80s with Renault and Ferrari, is quoted by RMC. "I hope it continues to go well and he wins one or two grands prix this year," he added.

But a win might be difficult for 26-year-old Grosjean this weekend at Hockenheim. The Frenchman said in Lotus' official pre-race statement that he is hoping for "pole position, a win and the fastest lap! The perfect weekend!" Pole, however, will be impossible for Grosjean in Germany.

It has emerged that Grosjean's black and gold E20 developed a gearbox problem on the very last lap at Silverstone. "Unfortunately for Romain it means he'll take a five place grid penalty at Hockenheim," technical director James Allison confirmed. "But he certainly showed at Silverstone that dropping down the order won't stop him challenging at the sharp end."