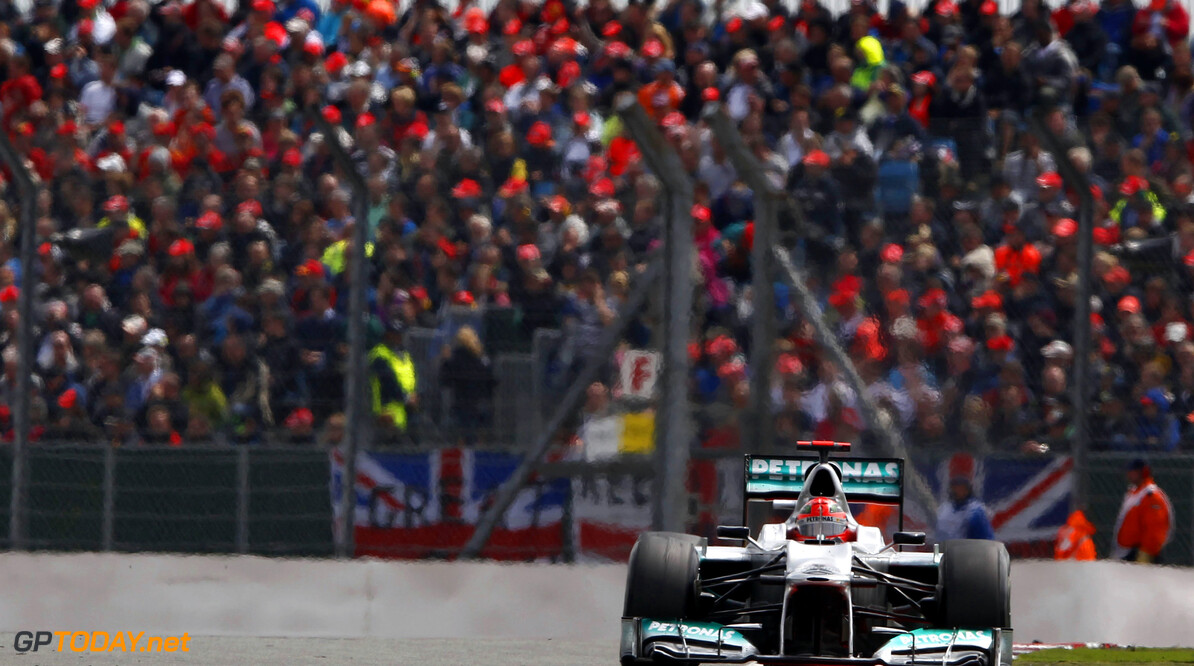 Michael Schumacher: "People often ask me whether there is any such thing as a home advantage in such an international sport as ours and my answer is: perhaps not a home advantage, but certainly a home-race feeling. As a German driver, you naturally have a different sense of excitement when you arrive at the German Grand Prix and know that all the spectators in the grandstands are supporting you. That makes you proud, and always boosts your motivation even higher. This year is the first time that our Mercedes works team has been capable of racing right at the front, and because of that, we're hoping for lots of support from the fans and to reward them with our performance. Hopefully we will see a lot of Mercedes colleagues in the grandstands, and we want to do particularly well for them. We have set ourselves the clear target of giving everybody a reason to celebrate next weekend."

Nico Rosberg: "I am really looking forward to our second home Grand Prix next week. We will start the weekend with visits to our factory for the new A-Class and B-Class in Rastatt, AMG in Affalterbach and the FOTA Fan Forum in Stuttgart; it will be great to see so many colleagues from Mercedes-Benz, and also to spend some time with the fans before the weekend gets really busy! Hockenheim is always very special for us, and especially for me. I was born in Wiesbaden, near Hockenheim, and I have really good memories of the previous Hockenheim races. Before my Formula One career, I won quite often at this circuit, and I will never forget my father's last DTM race in 1995. I joined him on the roof of his car driving through the Motodrom - and that was the moment when I thought to myself "How cool is that?!" and decided to become a racing driver like him. I will be pushing really hard to perform well in front of our fans in the Mercedes Grandstand, so we can hopefully celebrate a good result together. I think our car should suit this track much better than Silverstone. Hockenheim has long straights and short corners, which will be good for the Silver Arrow."

Ross Brawn: "The German Grand Prix will be our second home race in two weeks following the British Grand Prix at Silverstone last weekend, and we are looking forward to racing in front of our home fans and Mercedes-Benz colleagues once again. As the Mercedes-Benz works team, the weekend is always a special one for our team. Our performance has been up and down recently, ranging from podiums to lower points finishes, and we need to work hard to improve our level of consistency and ability to challenge at the front of the field. The Hockenheim layout should be more suited to the F1 W03 than the high-speed Silverstone layout, and we are bringing some further improvements to the car which should help our performance. It would be very special to achieve a good result in Germany, so we will be working hard to achieve just that."

Norbert Haug: "The German Grand Prix, in the country where the automobile was born, is a highlight of every Formula One season and especially so for our Silver Arrows works team. Following the race in Silverstone two weeks ago, this is our second consecutive home Grand Prix - the Daimler head office and Mercedes headquarters in Stuttgart are located around 100 km from the circuit. The Mercedes Grandstand, which gives the best views of some of the most interesting parts of the circuit, marks its tenth anniversary this year and will once again offer many special attractions. One highlight will be the opportunity for all visitors to Hockenheim to test drive the brand new A-Class for the first time in our Experience World."

"Hockenheim sets quite a different challenge to Silverstone. The circuit has just two very high-speed corners and the majority are medium-speed. Good braking stability and excellent traction are required in the Spitzkehre at the far end of the circuit, which then leads into the spectacular sequence in front of the Mercedes Grandstand. Following its introduction last year, DRS is being used at this circuit for the first time and it can be deployed for over half the lap in qualifying. What's more, it is certain to further increase the number of overtaking moves in the race, which will be good for the fans and help make the race even more exciting."

"This year, we are celebrating 111 years of Mercedes Motorsport at the German Grand Prix. This impressive figure has special meaning; Nico's victory in China this year came in his 111th Formula One race and was also the 111th Grand Prix win for Mercedes since 1901. In Hockenheim, our team will be working hard to deliver a similar level of performance to that we have seen this year with Nico's win in China three months ago, his second place a month later in Monaco and Michael's podium finish two races ago in Valencia."
F1 News Nico Rosberg Mercedes
<< Previous article Next article >>
.