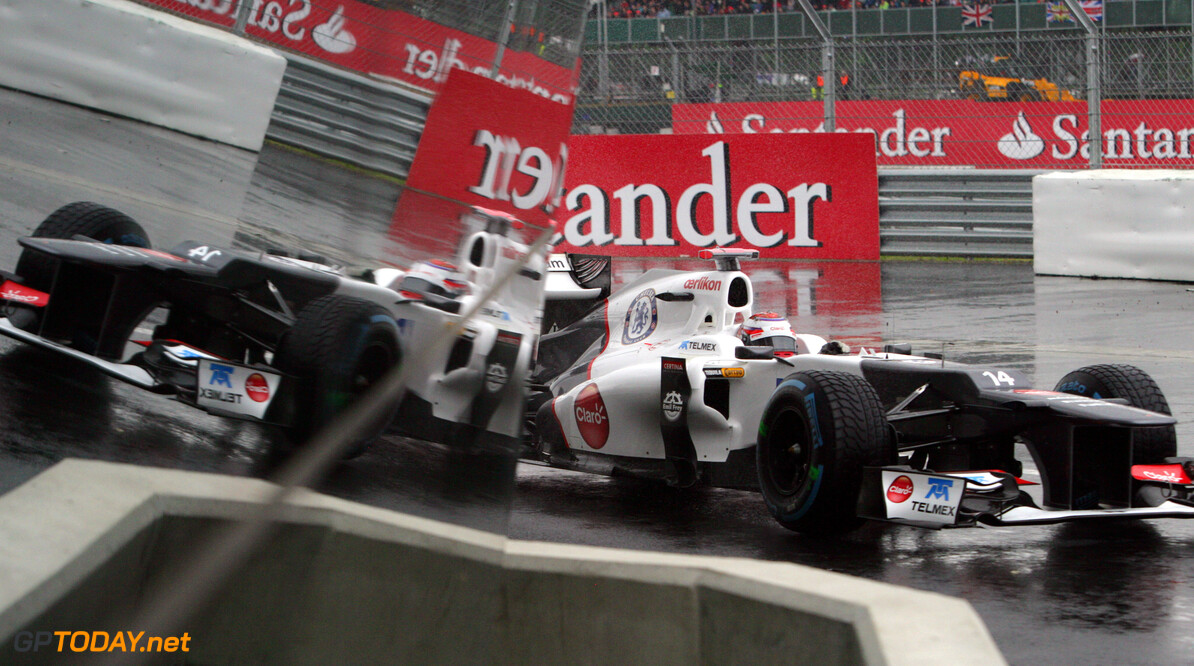 After two very difficult race weekends in a row, the Sauber F1 Team wants to finish the first half of the 2012 FIA Formula One World Championship season with a good result at the German Grand Prix, which this year is taking place in Hockenheim from the 20th to 22nd July.

Monisha Kaltenborn, CEO: "We have failed to score points this season several times and for a variety of reasons. In hindsight it doesnt help to pine for those points, as now we have to move forward. The Sauber C31 has proved to be quick on all types of circuits. Plus weve got two strong drivers  Sergio has been on the podium twice this year, and Kamui has been able to shine with a fourth in qualifying and a fifth in a race. Both have a fastest race lap to their names. We have everything it takes to wind up the first half of the season in a positive way, and thats our aim for Hockenheim."

Kamui Kobayashi: "I like the circuit in Hockenheim and have quite a lot of experience there from Formula Renault, Formula 3, GP2 and F1. Usually at the time when we are there for the Grand Prix it is quite hot. We are not totally sure how the updates we took to Silverstone work, as we haven't really been able to confirm these in practice in dry conditions. Maybe we need to do some more fine-tuning on these, so it will be interesting to see how this happens in Hockenheim. I think our car performs well on all the circuits  high speed or slow speed ones  so I am not worried about our performance there. We shall just focus on trying to get our best result there. I am very excited about racing in Germany, which is not too far away from Hinwil, so is a kind of home race."

Sergio Pérez: "I am looking forward to what will be my first Formula One race in Hockenheim. I have good memories of the circuit from GP2 times when I won there. For us it remains important to do better in qualifying, so our Saturday performance is what we have to focus on first. Our car is quick and if we could just get everything right this time we have good chances for a nice race result. In Hockenheim I especially like the stadium part that is, driving wise, challenging and has a great atmosphere. Also for me personally it is nice to go back to Germany after I lived there for two years in the early stages of my career. The first year  2005  was in Vilsbiburg in Bavaria and then a second year in Berlin."

Giampaolo Dall'Ara, Head of Track Engineering: "We have not been racing in Hockenheim since 2010, so this will be the first time for us using the Pirelli tyres and also the DRS. The Hockenheim track is a mix of everything, although high speed corners don't have the same influence on the lap time as they do in Silverstone. Overall its requirements are closer to those of Valencia. Braking stability and traction are important, but you also need some straight line speed, particularly on the long straight where overtaking should be possible. The tarmac is quite smooth. Pirelli has allocated the soft and the medium compounds, which at first glance, look like a conservative choice. But temperatures can be high in Hockenheim in July, so we will see how this affects the tyres. We will have some minor modifications to the rear of the car, and we still don't know a hundred percent the effect of the development package we introduced in Silverstone, because, due to the bad weather, we could not do all the measurements we planned. However, I'm confident our performance will be strong again, as our car has been quick on various different tracks this year."
F1 News Renault Pirelli Sauber
<< Previous article Next article >>
.