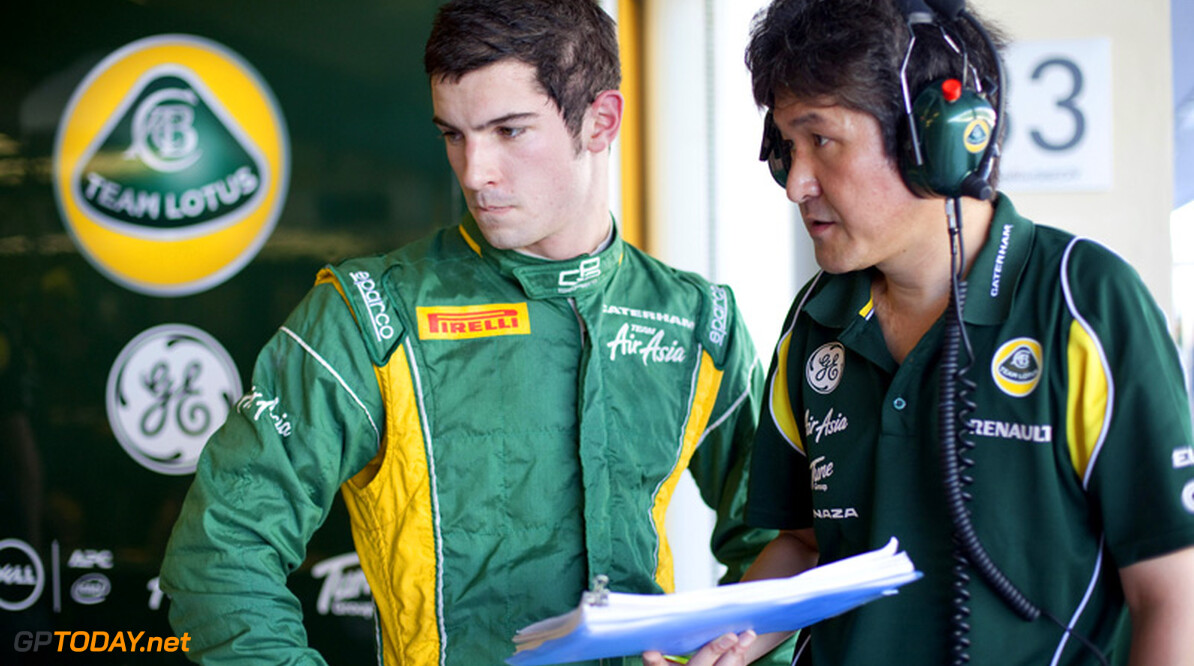 Alexander Rossi has today been confirmed as Caterham F1 Teams Test Driver, joining Race Drivers Heikki Kovalainen and Vitaly Petrov, and Reserve Driver Giedo van der Garde in the Anglo/Malaysian teams driver line-up. In his F1 role he will be taking part in FP1 sessions in 2012, helping him to gain further experience at the highest level of global motorsport and further embedding him within the Caterham F1 Team.

In addition, Alexander has confirmed today that he will be competing for the second year in World Series by Renault 3.5, the championship in which he finished third in his rookie season. In 2012 he will be driving for the newly formed Arden Caterham team, aiming to fight for the outright championship victory from the first race in Motorland Aragon, May 5th / 6th.

Tony Fernandes, Team Principal of Caterham F1 Team: Todays announcement marks an important next step for Caterham F1 Team and Alexanders career. As our official F1 Test Driver, Alexander is a key figure in our long-term plans and the investment we are making in him now will help him make the most of the natural talent he has at his disposal. We see 2012 as an important year for Alexander as he will be combining a full calendar in World Series by Renault, a championship he has a very good chance of winning, with his Test Driver role and giving him the chance to take part in FP1 gives him the platform from which he can grow into an even bigger F1 role.

Alexander Rossi: "I am absolutely delighted that we have been able to make this dual announcement today. My goal to be in Formula One is one step closer after being signed as Test Driver for Caterham F1 Team. I want to thank Tony Fernandes, Kamarudin Meranun and Riad Asmat for their trust in me and long term commitment to my career. The Caterham F1 Team support, coupled with the efforts of my management and investors, has brought my goal of reaching an F1 race seat one step closer.

In the past year I have spent time in Hingham at the factory and built solid relationships right across the team. I feel really comfortable with everyone and am looking forward to growing as a professional with Caterham and acquiring as much experience as possible from Friday Practice, the F1 simulator and time with the team.

Winter training has been very good as Pro Performance, Caterham F1 Teams physios, are looking after all my fitness and nutrition, preparing me for this season and my next step to F1. I am fully ready for the task at hand. I have not been in a car since the F1 rookie test in Abu Dhabi last November, but have been on the simulator. I am very eager for World Series by Renault testing to begin next week and get down to work, where Ill be running with Arden Caterham in the classic green and yellow colors. The 2011 season was good, but now I have that experience under my belt and Im determined to fight for the championship throughout the 2012 season. This is going to be an incredible year!
F1 News Alexander Rossi Renault Caterham F1
<< Previous article Next article >>
.