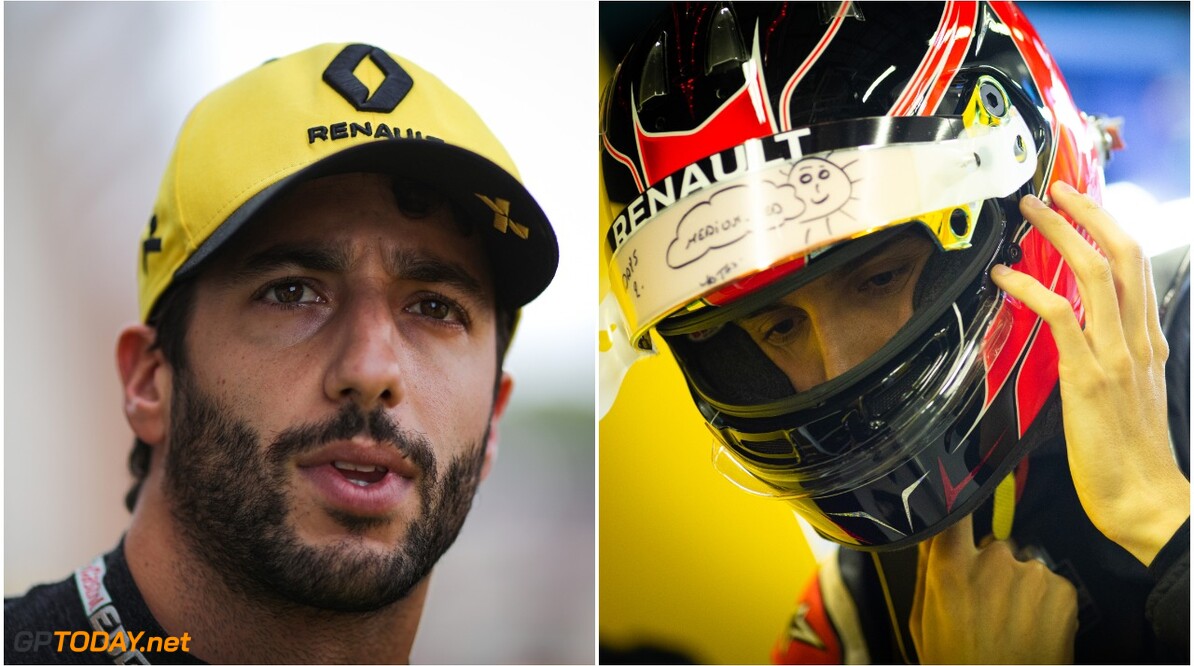 Another Formula 1 season, another revamped line-up for the Renault team. In fact, since it made its return as a works squad in 2016, it has not retained the same driver pairing from one year to the next.

Headlines were made in August of 2018 when the Enstone squad declared that it had signed Daniel Ricciardo from Red Bull.

It was a deal that surprised many, as the proven Australian looked for a fresh challenge following five years at Red Bull, where he amassed seven grand prix wins.

Ricciardo probably made life for Red Bull a whole lot easier following his departure, as it could focus on Max Verstappen, and didn’t have to worry about any intra-team politics that were starting to bubble away.

But the question arose... in doing so, did Ricciardo make life more difficult for himself? His opening year at Renault was somewhat underwhelming – this can be attributed to the disappointing pace of the R.S.19, which almost saw Renault finish sixth in the constructors’ standings.

Suddenly, Renault’s battle is no more about catching up with the top three teams, but about regaining the status as the top midfield outfit – a clear step backwards from the direction it appeared to be heading in.

The Ricciardo partnership with Nico Hulkenberg looked set to see a solid and experienced cast, which would allow it to make the gains necessary to place itself where it desires to be in the F1 field.

However, the French manufacturer opted to bring in Esteban Ocon and end his sideline break, following the loss of his seat at the Force India/Racing Point team in 2018.

Ocon becomes the first Frenchman to race for Renault since Romain Grosjean in 2009, and the first to contest a full season since Patrick Tambay in 1985 (Tambay missed the South African GP due to a boycott from Renault).

During his rise through the junior ranks, Ocon impressed and was signed to the Mercedes junior programme, which allowed for his breakthrough in F1 in 2016 with Manor Racing.

In 2020, he will face arguably his toughest teammate – or at least, the most decorated. But Ocon’s growth over his two and a half year stint in F1 is apparent.

After learning the ropes of the sport during the second half of the 2016 season with Manor, he joined Force India, where he would stay for two years alongside Sergio Perez. Although the two had their differences, the matchup was in no way one-sided.

The statistics bode well for Ocon, as Sergio Perez is certainly one of the more respected drivers on the grid, having performed consistently within the midfield for his entire F1 career so far.

But now he must face Daniel Ricciardo – who held his own against the now two-time Formula E champion Jean-Eric Vergne, the four-time F1 world champion Sebastian Vettel, and Max Verstappen – the driver Jenson Button labels as the fastest driver to ever get behind the seat of an F1 car.

Ricciardo's character allows him to maintain a strong intra-team relationship - case in point, his partnership with Verstappen. Although the two talented titans battled for supremacy at Red Bull, publicly, their relationship was much adored and seen to be outstandingly positive.

The two drivers may approach the season differently - Ocon, who is still associated with his clash with Verstappen in his penultimate race for Racing Point at Brazil, has a point to prove to Renault and F1 that he deserves his spot on the grid.

You could argue that Ricciardo does not need to prove his worth anymore in F1, having done so over the last number of years, and that it is Renault who must convey to him that it is making strides forward.

One key aspect is that Ocon is signed up for 2021 while Ricciardo is not. However, the latter's burning desire for championship success is still there. But at 30 years of age (31 in July), is time ticking for the Perth-born racer?