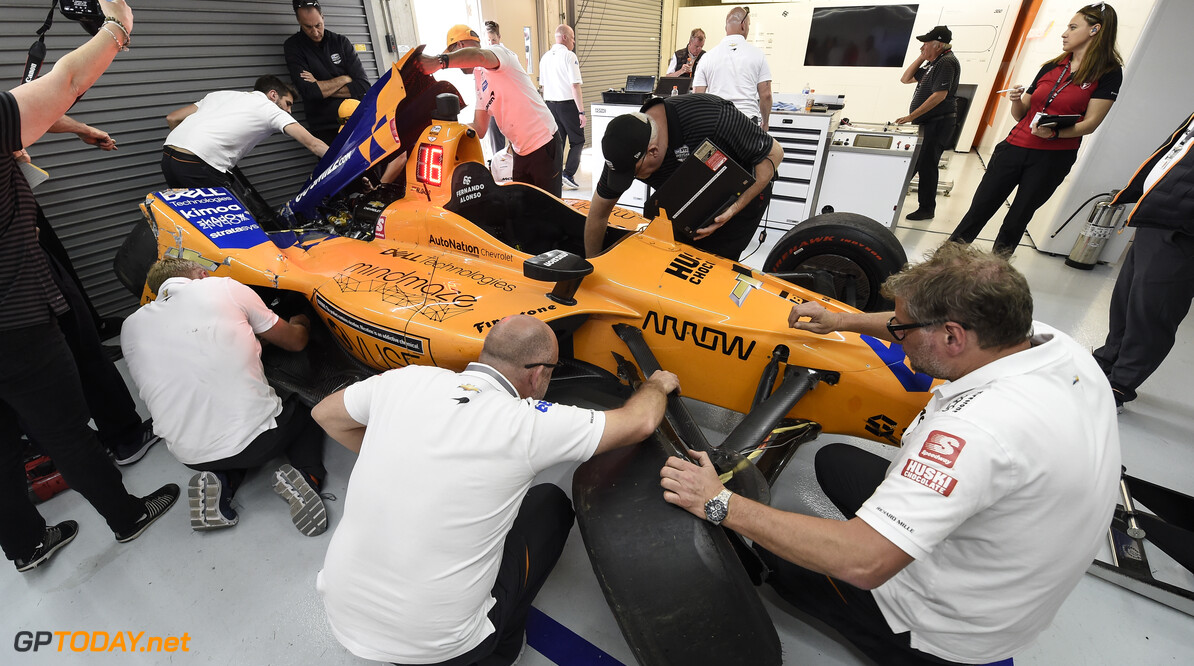 McLaren being 'careful and measured' with repair job

McLaren sporting director Gil de Ferran says the team is taking a cautious approach while repairing its entry for the 2019 Indianapolis 500.

On Wednesday, Fernando Alonso crashed the #66 car which put him out of action for the rest of the day.

The team then got to work repairing the car, but had to fit some parts from a different chassis in order to get it back out onto the Indianapolis Motor Speedway.

However, McLaren failed to set a single lap on Thursday, as it continued to work on the #66, fitting parts from a chassis that Alonso tested at Texas earlier this year.

De Ferran, who won the Indy 500 in 2003, also revealed that McLaren discovered further damage to the engine: “The team reviewed the damage and we took the decision to change to the back-up car," he said.

"During that process, it also transpired that we had damaged the engine, and that resulted in an engine change that added an additional workload. While we have a number of experienced individuals in the team, we are still relatively new as a crew.

"Because of this and the fact that we have deep respect for Indianapolis, we are being careful and measured in our approach and want to ensure we’re sending the best possible car out on track."

With qualifying only two days away, Alonso and McLaren have little preparation heading into the day, putting him in serious danger of being bumped and not making it into the final 33.

"Not running was a serious setback to our Indy 500 program, but all is not lost," de Ferran added. "We should have a full day of practice and preparations for qualifying on Friday and our goal will be to have a nice, clean day.”