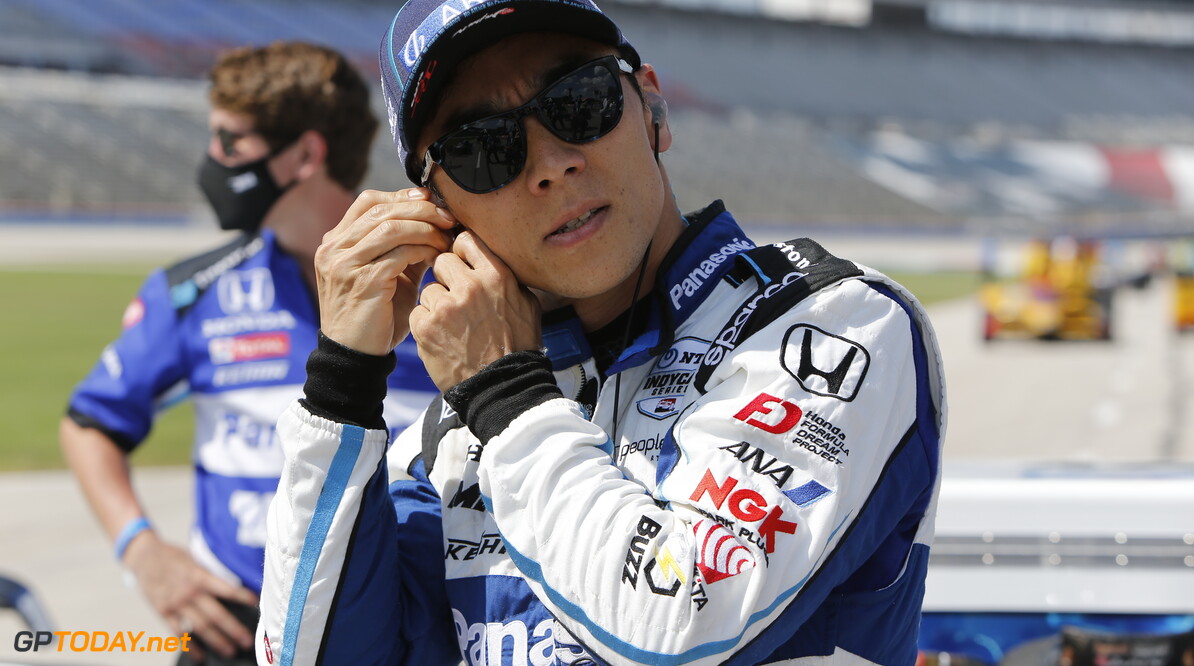 It was Takuma Sato that took victory during the 104th running of the Indianapolis 500 after a late accident for Spencer Pigot brought out the caution that would end the race.

Scott Dixon would come home in second, as Graham Rahal ended the race in third, making it a first and third for Rahal Letterman Lanigan Racing.

Poleman Marco Andretti led away on the green flag but was passed by Dixon as the cars made their way to the first corner, while Josef Newgarden made up a number of positions on the first lap.

James Davison's Indy 500 would only see six laps after his brakes overheated and caught fire, forcing a retirement for Davison.

The second caution of the race came out for Marcus Ericsson after the Swede at turn two. Ericsson explained how he just lost the rear coming into the corner, putting him in the wall in the process.

As the race reached quarter distance, Dixon led from Alexander Rossi, with rookie Rinus Veekay up in third.

Rookie Dalton Kellett brought out the third caution of the race, taking away Dixon's early lead after Kellett crashed in turn three.

Conor Daly and Oliver Askew was involved in a big accident in the final corner, which saw Daly spin coming out of the corner, while Askew, unsighted by the smoke from Daly's spin, slammed the inside wall hard, hitting Daly in the process. Both drivers emerged unscathed from the accident as the third caution came out.

Fourth and fifth went to Santino Ferrucci and Newgarden, while Pato O'Ward and James Hinchcliffe finished in sixth and seventh.

Alex Palou was the next driver to fall foul to the wall on lap 123, after the Spanish driver crashed coming out of turn two, with the caution overseeing a flurry of cars enter the pits.

Despite staying in second throughout the race, Rossi hit the wall also at turn two twenty laps later, being forced to leave the car after attempting to drive back to the pits, ending the race for the Andretti driver, who was also awarded an earlier penalty for contact with Takuma Sato in the pit-lane.

With forty laps to go, Sato took the lead from Dixon, with the Kiwi pulling back in an effort to save fuel while Graham Rahal found himself sitting in third position.

Zack Veach led the race with twenty laps to go, as himself and Max Chilton opted to extend their strategies as Sato and Dixon sat behind in third and fourth.

Sato retook the lead with fifteen to go, and blocked of Dixon as the Chip Ganassi car tried to go around the outside of Sato at the first corner.

Only a half of a second separated both cars as they moved onto the final ten laps, with Santino Ferrucci and Josef Newgarden closing in behind.

Rahal and Ferrucci closed right up to the back of Dixon's car as the lead cars battled to lap traffic. Sato broke away after lapping Tony Kanaan.

Yet another caution came out for a massive incident involving Spencer Pigot, who slammed into the tyre wall at the start of pit lane after spinning off at turn four. Despite being helped from the car by the medical crew, Pigot was relative okay.

It was then confirmed that Takuma Sato would take the win as the race would not be red-flagged with only three laps to go, as the Japanese driver took his second win in three years, ahead of Dixon and Rahal.

Eighth and ninth went to Colton Herta and Jack Harvey while Ryan Hunter-Reay rounded out the top ten. Fernando Alonso, on his third attempt at the Indy 500, could only manage 21st.