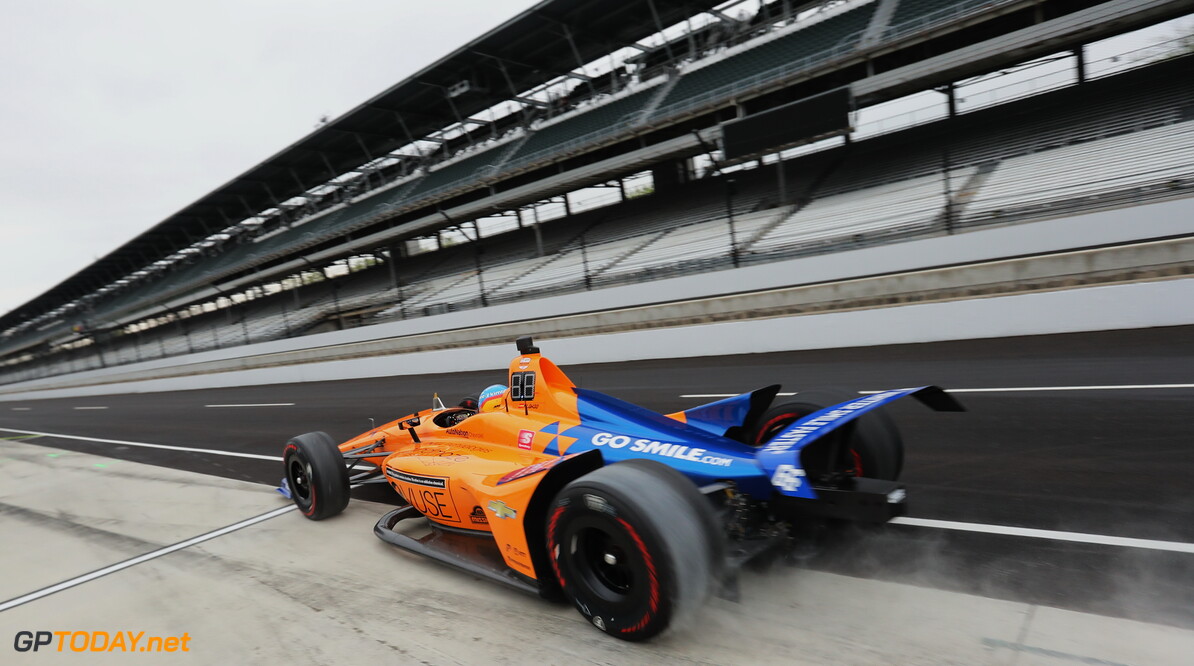 Alonso: Too early to judge competitiveness of Indy 500 package

Fernando Alonso says it is far too early to know how competitive McLaren's 2019 Indianapolis 500 entry is.

Alonso made his first appearance at the Indianapolis Motor Speedway since 2017 on Wednesday, taking part in an open test that was topped by Takuma Sato.

The Spaniard didn't get much mileage during his two-hour segment of running, completing just 29 laps as rain, coupled with electrical issues for McLaren, limited Alonso's time in the car.

“It's great to be back," said Alonso. "Every time you enter the Indianapolis Motor Speedway it's a great feeling.

"Even though we were unlucky with the weather and also had some issues with the car, we still got in some laps and the adrenaline driving around here is unique, so I feel happy.

“As a team the plan for today was to build speed step by step and complete all the right checks.

"With every run we were discovering new things, but at the end of the day, it was a very short time on the track, so it is difficult to say if I feel we have a competitive car.

“More track time is all we need and I'm sure we will recover those laps in May. This time the Indy 500 feels different for me, I know the race, I know the length and we should be a bit more ready especially on the emotional side.

"Now it's just about making sure the car is fast. We have two weeks and a lot of work to do, but I'm confident we'll keep moving in the right direction.”

McLaren is entering the 500-mile race unaided, a contrasting situation to 2017 when it entered as part of an alliance with Andretti Autosport.

Alonso says that this time around, it will be much tougher for him to win the event due to McLaren starting from scratch.

"I think it’s a bit of a challenge, no doubt,” he said. “I think we have to do everything by ourselves, not only in terms of setup-wise, on the technical side.

"It's also on the operational side, on the strategy, tire management, the comfort side in terms of precision, steering wheel grip – basic things that they were ready with at Andretti. You save a lot of time

“But it could be a bigger reward, as well! I think some of the philosophy or directions that McLaren may go in the next month, maybe now is a little bit different.

"With Andretti we just followed what we knew was working. In a way it was easier. But maybe now we can discover new things. That's our hope."