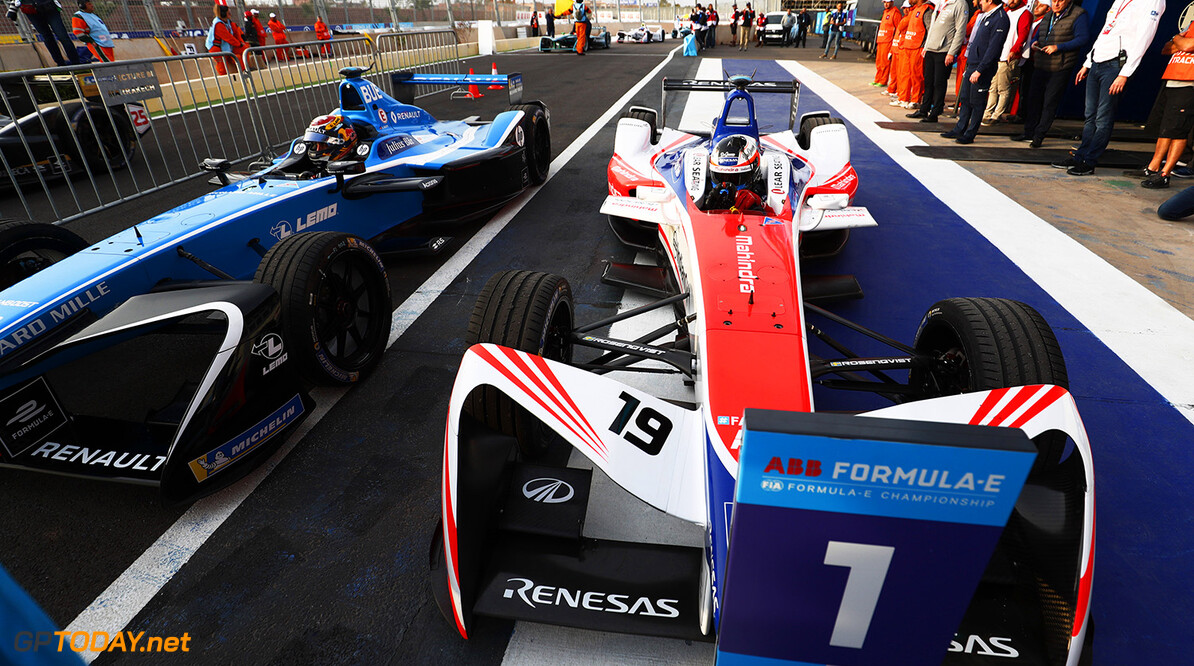 Mahindra driver Felix Rosenqvist took his second pole of the 2017/18 Formula E season with a storming 3rd sector in his super pole shootout lap. It had looked lost for the Swede after he out-braked himself and missed the apex of Turn 4, only to recover in the most sensational, aggressive fashion later on in the lap.

Antonio Felix Da Costa had briefly set the benchmark but had to settle for 2nd fastest with a 1:01.852. Virgin's Alex Lynn was 3rd with a 1:02.014, swiftly followed by NIO's Oliver Turvey and Renault driver Sebastian Buemi, who will be disappointed after topping the his qualifying group earlier. He will start the race in 5th position.

Free practice pacesetter Lucas Di Grassi endured a horrid session; the luck of the draw placed the Brazilian in the first qualifying group. Amid cool track temperatures and poor grip, Di Grassi, who also faces a grid penalty for the race, could only manage 12th fastest overall. Virgin's Sam Bird will also be disappointed, qualifying in 9th place.

Elsewhere, Audi's Daniel Abt missed out on the super pole shootout by a whisker, closely followed by Jean-Eric Vergne. After a plethora of technical problems, Jaguar will be pleased with Nelson Piquet Jr's 8th position. Nick Heidfeld put in a solid 10th fastest for Mahindra with a time of 1:02.023; with Techeetah's Andre Lotterer, Venturi's Maro Engel and Jaguar's Mitch Evans all within a tenth of a second of his time.

Jose Maria Lopez could only manage 15th in the Dragon Racing car, followed by teammate Jerome D'Ambrosio, Renault's Nico Prost, Andretti's Tom Blomqvist and Luca Filippi, who endured another difficult session, qualifying 19th fastest. Last place was surprisingly reserved for Venturi driver Edoardo Mortara, his poor lap ensured he had his work cut out for the race later this afternoon.