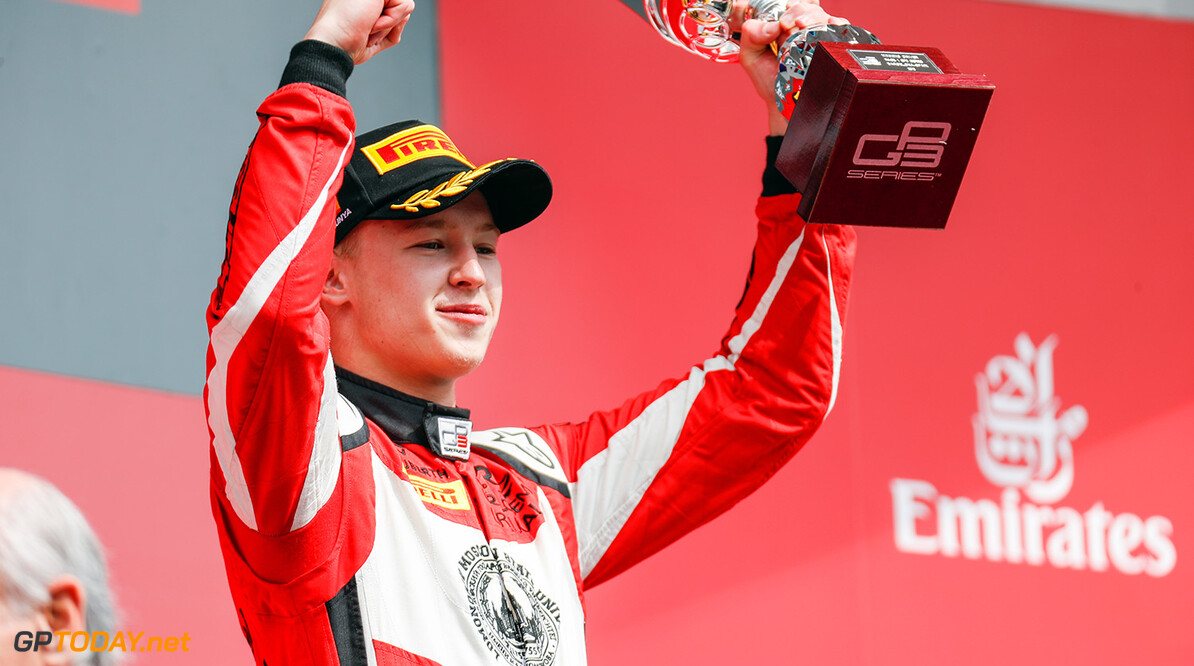 Mazepin graduates to Formula 2 with Arden

Mazepin picked up four victories and a further four podiums throughout the year, in what was his rookie campaign in the series. In 2016 and 2017, the Russian competed in the FIA European Formula 3 championship, but wasn't in contention for the title.

In 2016, Mazepin became a test driver for Force India, and has had a number of F1 test outings for the Silverstone squad. Speaking about his promotion to F2, Mazepin described it as a "natural progression" as he climbs the racing ladder towards F1.

"I am really happy to be continuing with ART Grand Prix for my step up to F2," the 19-year-old said. "This is a natural progression given our success this year in GP3. I am very much looking forward to the challenge of my rookie season in F2.”

Sébastien Philippe, ART Grand Prix CEO, added: “Continuing our partnership with Nikita into Formula 2 is the logical continuation of a successful 2018 season, where he was consistently in the fight for victory and for the GP3 title, something he only just missed out on in the final race weekend of the season.

"Nikita was a rookie in GP3, but his performances were remarkable from day one with a stunning victory in Barcelona. Nikita has several strengths: he is fast and he constantly strives to progress in everything he does. I'm sure he can be a centrepiece in our Formula 2 team, just as he was in GP3.”