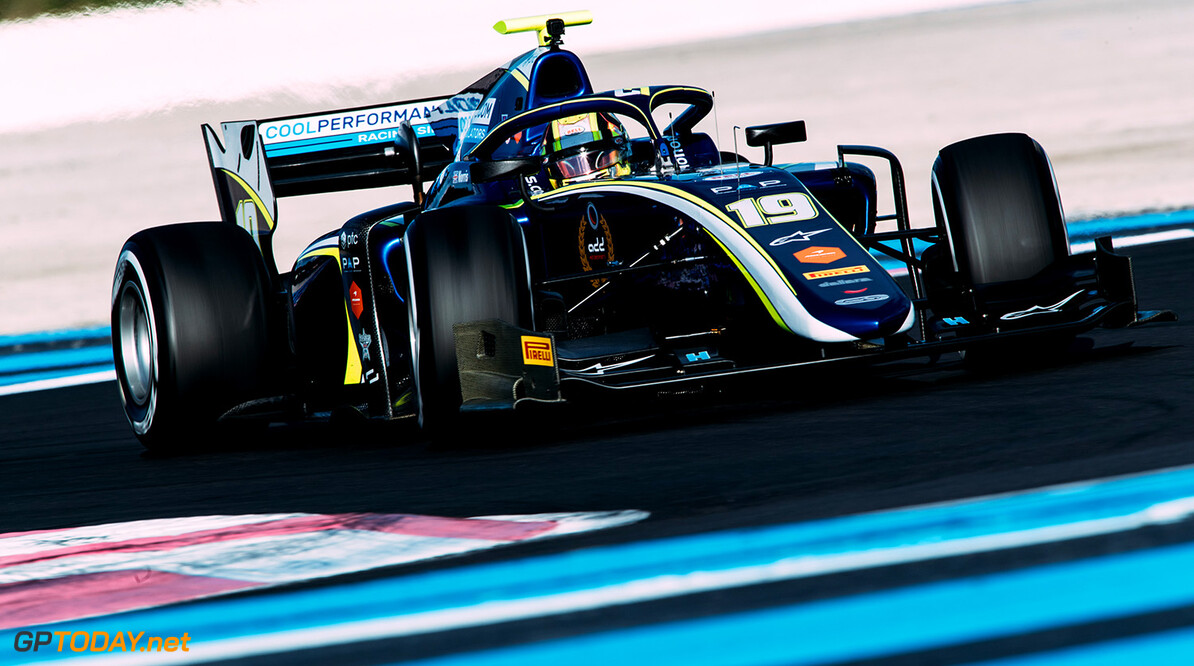 The inaugural race of the FIA Formula 2 championship saw Lando Norris take victory for Carlin.  The British driver had a magnificent qualifying session and set the fastest lap in front his compatriot, George Russell. The first race of the Bahrain weekend was set to have 32 laps with a mandatory pitstop.

18 of the 20 drivers who competed in the first race of the weekend opted for the medium tyres, with the exception of the two Trident drivers, Arjun Maini and Santino Ferrucci. Just as the race was supposed to start, Roberto Merhi and Artem Markelov stalled on the grid, with Markelov managing to restart from the pitlane.

Once again, the whole pack had to do a formation lap. At the restart, Antonio Fuoco stalled. This time the race continued. Norris had an amazing start and was leading the pack. Meanwhile, behind him, Sette Camara and Nyck de Vries were following the McLaren reserve driver, while George Russell, who started from the front row was fighting for the fourth place with Nirei Fukuzumi.

The first part of the race was a one man show. Lando Norris soon settled the pace and in the process extended his leading gap. Also, the McLaren man managed to do an outstanding 1:50.230 in the second lap of the race. After four laps, the gap between him and now second placed de Vries was 4.4 seconds.

Having to start from the pitlane, Artem Markelov had to fight through the field. Lap after lap, the young Russian Time driver, recovered place after place. Meanwhile, in the leading group, Alexander Albon and Sergio Sette Camara were fighting for the last podium place. Several passing attempts were made by both and the entertainment was outstanding.

Markelov's efforts came near to an end when he was battling with Maximilian Gunther for the tenth place. Shortly afterwards he attempted once again an amazing passing manoeuvre over both Maximilian Gunther and Jack Aitken. Therefore, Markelov was now in contention for a top points position.

In front, Norris extended his gap lap after lap. Behind the McLaren reserve driver, de Vries and Sette Camara were fighting. The Dutchman wasn't passed only by his Spanish rival, but he was also passed by Albon soon afterwards.

Halfway through the race distance, Norris had an outstanding fifteen seconds advantage. At this point in the race, only a mechanical failure or an unfortunate could have stopped him from winning the race.

Norris entered in the pits on lap 18 with a huge lead, although he lost some time staying on older tyres. Meanwhile, Luca Ghiotto was awarded a drive through penalty for the collision he had with Tadasuke Makino in the earlier stages of the race. Nirei Fukuzumi was also awarded a five second penalty for speeding in the pitlane.

The last part of the race was controlled by Norris. Although he was in a dominant position to win the race, Artem Markelov was the real showman. The Russian Time driver continued his charge with several spectacular passes and was soon in the contention for a podium spot.

On lap 26 the impossible was done. Markelov made his move on Albon and the russian was running on third with Camara in his sight. In the last several laps of the feature race, Markelov closed down the gap and managed to get into the DRS zone. From now on he had the opportunity to attack his Brazilian rival.

Markelov's outstanding comeback ended with him in third place. The Russian Time driver was followed by Albon, while Russell completed the top five. Inside the top ten we also had Nyck de Vries, Sean Gelael, Maximilian Gunther, Jack Aitken and Ralph Boschung. Nicholas Latifi, Louis Deletraz, Santino Ferrucci, Arjun Maini, Roy Nissany, Antonio Fuocco, Nirei Fukuzumi and Tadasuke Makino were the other drivers who managed to end the first feature race of the season, while Roberto Merhi was the only driver who didn't manage to finish the race.