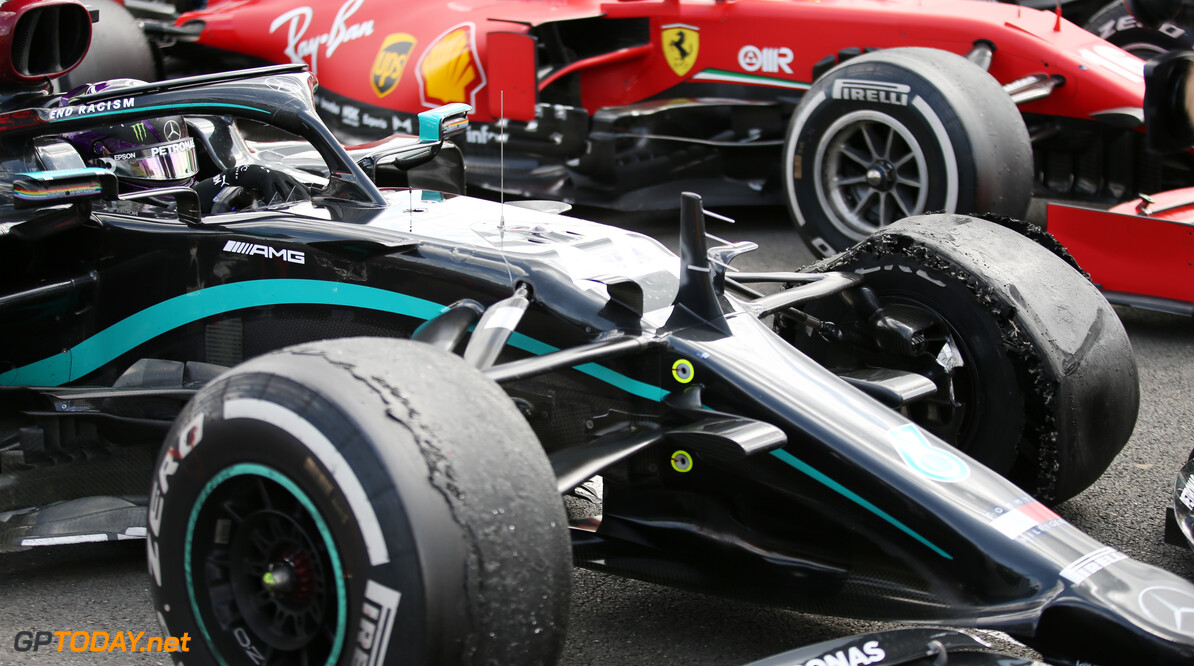 Hamilton urges Pirelli for better tyres to appeal to fans

Mercedes' Lewis Hamilton has asked Pirelli to try and improve the tyres used by teams in F1 in order to allow better racing and appeal to fans.

Hamilton, who won Sunday's Spanish Grand Prix, said about how the teams were forced to use the 2019-spec tyre after Pirelli's proposed 2020 tyre was rejected by teams.

He noted how the drivers do not be represented at meetings on how to improve tyres for the future gave him a reason to attend last year's meeting and explain his situation from a driver's representative.

Hamilton criticised the need for tyre management throughout the race on the current rubber, something which is impacting negatively on those watching the race.

Going into the new regulations for 2022, the six-time world champion urged the Italian company to create a better tyre that will allow drivers to push and race each other during a race and create better excitement for the fans.

“We really need to put a lot of pressure on Pirelli for the future,” Hamilton explained to Autosport.

“They didn't, unfortunately, do a great job with a tyre at the end of last year, to develop the 2020 tyre. And so we had to carry over the same tyre from 2019 into this season.

“In the past when they made the target letter, the drivers were not a part of that discussion. And so that's why last year I went to the meeting in Paris, as part of representing the drivers. We want to help them make sure that they set the target letter correctly. It's not been done right for a long time.

“Moving forwards, they're probably not going to be able to do it for next year, but for 2022 we need a better tyre, we need a tyre that gives us more grip, better safety, and enables us to drive closer to cars and give you guys and the fans better racing.

“Right now, we're [doing] a serious amount of management. And I don't think that's what the fans want. That's not what a racing driver wants, to have to manage it behind a car, multiple seconds behind, because the tyres are not good enough.

“And so we want to help Pirelli to make a better tyre if they can. And that's obviously the question.”