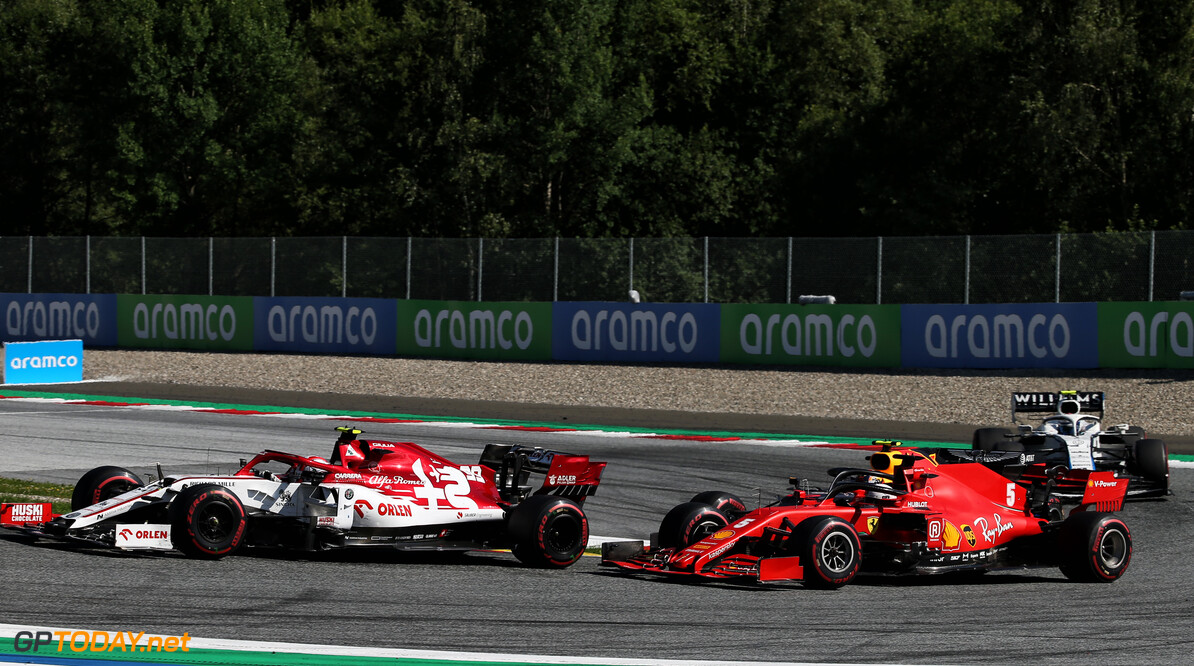 Ricciardo: Midfield move would be 'foreign territory' for Vettel

Daniel Ricciardo says a move to the midfield would be “foreign territory” for Sebastian Vettel, as question marks linger over the German's future in F1.

Vettel will leave Ferrari at the end of the 2020 campaign, but has made it clear that he wishes to continue in the sport with the right team.

Vettel has been linked with a return to Red Bull for 2021, while his name has also been associated with Racing Point, who will become Aston Martin next year.

Ricciardo, who spent one year as Vettel's teammate in 2014, says he hopes Vettel can find a seat that makes him happy - but warned that he needs to be more open-minded if he drops into a midfield drive.

MORE: Vettel regrets how he left Red Bull in 2014

“For Seb, in his situation he has had pretty much his whole career in the sport running at the front,” Ricciardo said, as quoted by Formula1.com. “I would say that probably every year he has contested in F1 he has been on the podium, if not won.

“If it is the case that he goes into a midfield team, it is foreign territory for him. It requires a bit more of an open mind, and some patience, but that is up to him and where he sees the next chapter of his career.

“If he still has the will and drive to compete at the top level, then I hundred per cent think he should continue in the sport. But if it is in the midfield it is normally a longer play. You have to show commitment not just for another 12 months but two or three years.

“But that is something only he could answer. As a previous teammate, I like Seb, I certainly respect him in the sport. That is why if he wishes to continue I hope he finds a place where he is happy.”

After the opening three rounds to the 2020 championship, Vettel sits 10th in the standings with nine points.

Ferrari has endured a difficult start to the new season, as it searches for answers to bridge the gap to rivals Mercedes.